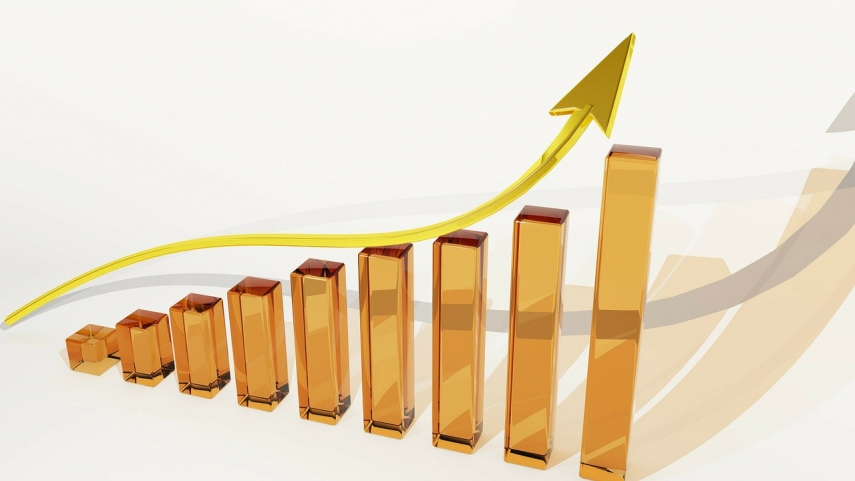 RIGA - This year will be another year of economic growth, Bank of Latvia expert Olegs Krasnopjorovs believes.

''In 2018, Latvia’s economy performed better than expected. The economy grew by five percent over the year, i.e. by more than projected at the beginning of 2018: and this is one of the most pronounced growth rates among the Member States of the European Union (EU). Output growth was reported for all major sectors of the economy. Construction, information technologies and investment recorded two-digit growth rates. Although slowly and gradually, we are approaching the standards of living enjoyed in the Western Europe. The average income level already exceeded two thirds of the EU average [it amounted to one third twenty years ago],'' he said.

''The averages look encouraging, including the average wage (gross) has exceeded the threshold of 1000 euro and the average unemployment rate has fallen to its lowest level in this decade. However, the key word here is 'the average'. Just as the average temperature in a hospital does not define the health status of each patient, the situation in different families varies as well,'' he emphasized.

He also said that he does not understand why the unemployment rate in some municipalities in Latgale remains close to 20 percent and people are engaged in temporary public works for a monthly salary of 150 euro at the time when businesses increasingly complain about labour shortages and look for ways to bring in foreign workers. ''To support inclusive growth, we have to take advantage of the current cyclical expansion so that every household in Latvia would benefit from the economic growth. For example, it seems easier in the short term to offset labour shortages with imported cheap workforce from abroad. However, from a longer-term perspective, it is more beneficial to activate the local long-term unemployed persons and to encourage the return of emigrants. It is the second option that would make our society stronger,'' Krasnopjorovs points out.

''We continue to waste Latvia's human capital by pretending not to see that many secondary schools offer education that will hardly help young people be successful in the labour market. The study requirements of some Latvia’s higher education institutions are rather low so that anyone can gain diploma without special effort, and such "studies" unfortunately do not develop the skills necessary for the labour market. We should not be overly happy about the inflows of Central Asian students as most of them are attracted by the combination of the "European Diploma" and the low study requirements. Meanwhile, some smart young people by initially emigrating from Latvia in pursuit of good education finally decide to stay abroad. Such a waste of human capital reduces Latvia's growth potential and may weigh on economic growth in the near future,'' he emphasizes.

He also said that all the signs suggest that 2019 will be another year of economic expansion. ''I have no doubt that the economy will expand further and unemployment will follow a downward trend. However, the most important question here is for how long will the strong upswing of the economy continue. It depends on how effectively we will address fundamental growth issues – whether we will be able to improve the quality of education and health care, the area of justice affairs and the insolvency administration process as well as to fight corruption and money laundering,'' he went on to say.

''Latvia is a small and open economy which is significantly affected by global processes. However, one should not overestimate the impact of the trade war between the US and China or the geopolitical tension. Ultimately, today we are living in one of the most peaceful eras in human history,'' Krasnjoporovs went on to say.

''I talk about this at every turn of the year and I will repeat again that our success is in our own hands. For example, the quality of health care and education in this country is gauged by our action or inaction rather than 'the global situation'. The cost of delaying structural reforms is high. Think carefully whether you want to pay for the maintenance of the status quo in health care with 15 healthy life years (this is the number of years by which Latvia’s healthy life expectancy is lagging behind the Nordic countries like Sweden, Norway and Iceland),'' he emphasized.