This week's focus will be on international security situation - PM Karins 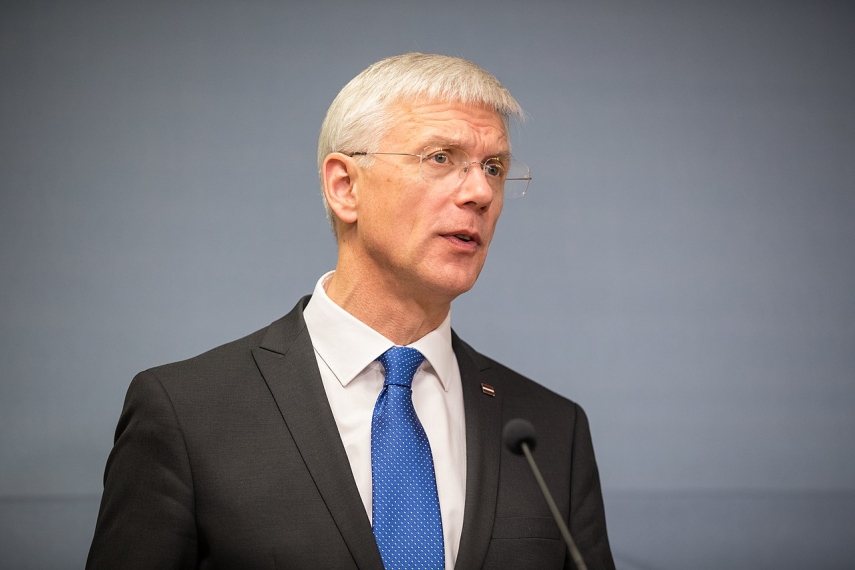 RIGA - This week, the focus will be on the international security situation, Prime Minister Krisjanis Karins (New Unity) said following the weekly coalition meeting on Monday.

The prime minister underlined that in this context, it is significant that a meeting of Latvian ambassadors is taking place in Riga this week and that he, too, met with the Latvian diplomats.

Karins thanked all Latvian ambassadors who are "working very successfully, defending and representing our interests abroad". "These people are at the frontline - they strengthen Latvia's ties with the European Union (EU) and NATO allies, which is of utmost importance at this time," the prime minister said.

He also revealed that the government plans to review the foreign minister's annual report this Tuesday, January 11. The report will later be sent also to the Saeima for review.

In Karins' view, two things are currently important in foreign affairs. One of them is the unchanging policy of close cooperation with the EU and NATO allies who ensure our security.  Latvia should follow this policy also in the future, Karins said, stressing also the importance of economic cooperation.

Another essential task is continuous work on attracting investment. In Karins' estimates, Latvia probably attracted over EUR 600 million worth of investment in 2021. He also underlined the instrumental role of Latvia's ambassadors and the Latvian Investment and Development Agency in promoting investment.