There is no reason to dissolve parliament - Vike-Freiberga 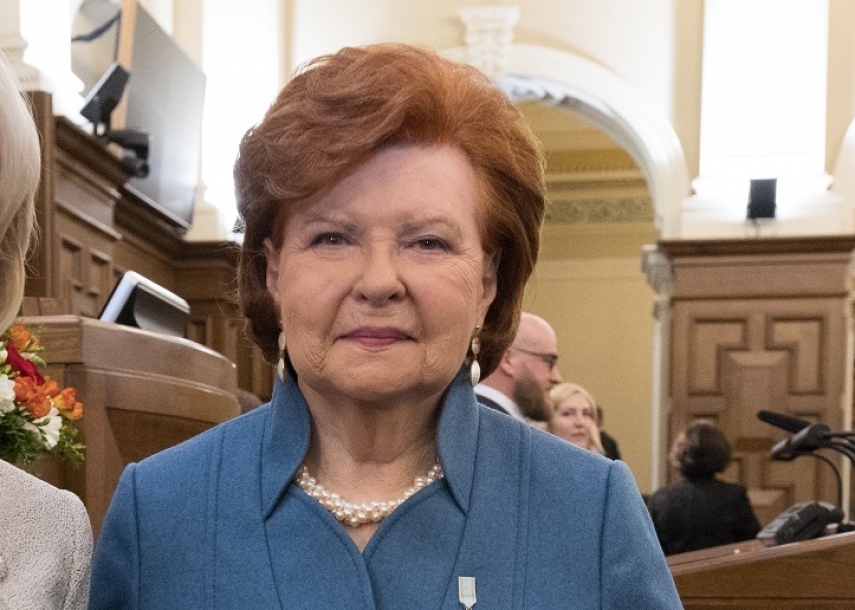 RIGA - Latvia's ex-president Vaira Vike-Freiberga believes there is no reason to dissolve the parliament.

If the previous parliament has left any "cuckoo's eggs" in the legislation, the incumbent parliament cannot be blamed for that, Vike-Freiberga told LETA.

Asked whether the ruling coalition has made any mistakes during drafting the 2020 budget so that it should be returned for repeated revision, she said that all state institutions should plan their work, they have expenses, they have to pay employees.

"The same what is happening in the US - the government's work is blocked, it brings along severe consequences. As a small country, we cannot afford such "jokes"," she said.

As reported, the Central Election Commission in November registered an initiative from the association Power to the Latvian People and the Center Party to organize a signature drive calling for emergency Saeima elections. The signature drive will go until November 14, 2020. According to law, 154,865 signatures must be collected to call for a referendum on this matter.  So far, 32,355 persons have signed the initiative.

Meanwhile, on November 28, the Trade Union of Health and Social Care Employees of Latvia (LVSADA) will hold a protest in front of the Saeima building to demand dissolution of the parliament, express no confidence in Health Minister Ilze Vinkele (For Development/For) and ask the president to return the 2020 budget to Saeima for a repeat review.