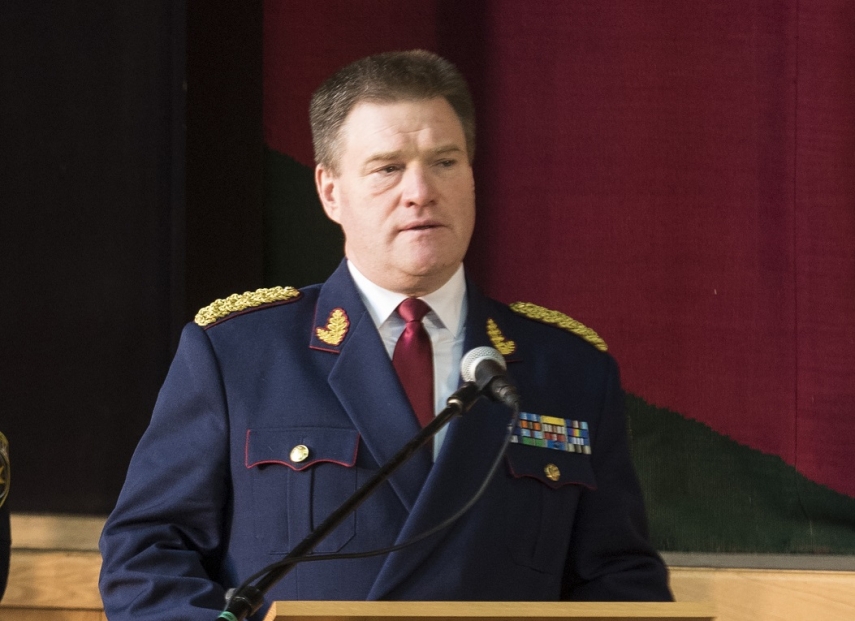 RIGA - There is a risk of provocations also at this year’s March 16 events but there is no reason for great worries, at least for now, State Police chief Ints Kuzis said in an interview to Latvian Television this morning.

The police chief indicated that authorities have been monitoring the situation for more than a week already. Kuzis admitted that predicting how the situation will unfold is difficult as various incidents can happen spontaneously, but added that is why the police have several response scenarios.

Asked if there is information about any radical people arriving in Latvia for the March 16 demonstration, the police chief said there was no intelligence suggesting of major problems.

This year’s March 16 events will be different in that they will take place on Saturday, a day off from work, which means that the events might draw more onlookers than usual.

As reported, the State Security Service believes there is a good chance that radically minded persons could participate in March 16 events this Saturday in Riga with the aim of realizing their personal objectives.

In accordance with its competence, the State Security Service will continue to assess the potential risks in connection with March 16 events.

As reported, the March 16 Latvian Legion Day is the day of remembrance of Latvian Legionnaires. Latvian Legion Day was established in exile by the Daugavas Vanagi association. March 16 was chosen as the most appropriate date because on March 16, 1944, both divisions of the Latvian Legion fought alongside for the first time against the Red Army. It was the only battle in World War II led solely by Latvian commanders.