The Princess of the violin returns to the stage 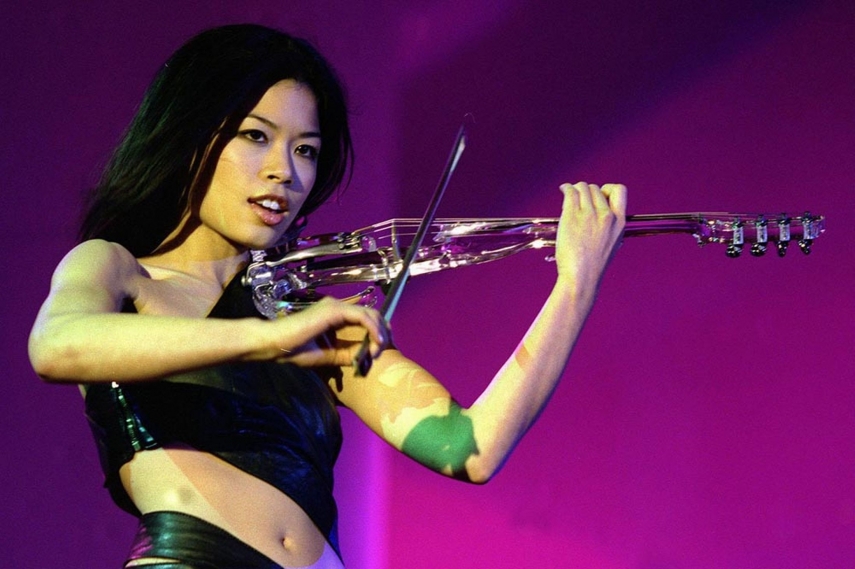 RIGA - The so-called “Princess of the Violin” is returning to the stage after a break of several years. She is slated to play pieces by Antonio Vivaldi, Johann Sebastian Bach, Niccolo Paganini and a number of modern composers. Mae’s favorite violin – “Gizmo,” is a masterpiece made by members of the Guadagnini family in 1761.

Crossover violinist Vanessa-Mae’s full name is Vanessa-Mae Vanakom Nicholson, and she was born in Singapore to an English father and a Chinese mother. At age three she took up the piano; at four her parents divorced, and she and her mother moved to England. At five, she switched from piano to violin, studying with Lin Yao Ji at the Central Conservatory in Beijing and Felix Andrievsky at the Royal College of Music in London. At nine, Vanessa-Mae made her concert debut with the Philharmonia Orchestra and toured England playing the Tchaikovsky concerto, with her mother, Pamela Nicholson, acting as co-manager. At 12 she toured with the London Mozart Players, and at 13, she began her recording career. Her early recordings have been repackaged by Angel as The Classical Collection 1.

Her breakthrough disc, The Violin Player, bowed on the charts in fall 1995, featuring a “Toccata and Fugue” based on Bach’s Toccata and Fugue in D minor and incorporating wailing electric guitar and a pumping, synthetic dance beat. The Violin Player was made with entirely commercial intentions, and the promotional material circulating at the time did nothing to understate the extraordinary allure of the young artist. The notorious “wet T-shirt” poses that appeared in the CD booklet and video raised eyebrows among commentators in the U.S., who published articles roundly condemning the classical music industry for exploiting children and flirting with obscenity. Despite the negative publicity, several of the tracks on The Violin Player were adopted into the mainstream of the dance club scene in Europe and Asia, and the disc went on to sell in excess of three million copies worldwide. In 1996, Mae won the Best New Female Artist distinction at the BRIT Awards; she was the first classical artist to do so.

Since the release of The Violin Player, Vanessa-Mae has gone on to amass an international legion of admirers through touring, recording and television appearances; her popularity is especially strong in Asia. She has just as easily inspired hostility and outright rejection on the part of her colleagues in the world of classical music. Many complain that she is a half-developed talent who is using her good looks and the pop promotional machine to make her a star at the expense of the classical tradition. Vanessa Mae claims that she doesn’t listen to critics and has opined that “to have an ordinary Classical career would have been just a bit too lazy.”

However, her releases after The Violin Player have been a mixed bag, as she attempts to find a niche somewhere between the classical repertoire and her natural acumen for club dance mixes, others of which have circulated widely in Asia. There is one standout among her later recordings; the China Girl disc, in which she gets to the heart of the Gang Chen Butterfly Lovers violin concerto. Gramophone, a magazine usually known for its harsh treatment of crossover artists, allowed that “this whole collection makes agreeably easy listening.” In 1996, she was nominated for BRIT Awards as the best performer. Up until then, no performer of classical instrumental music was ever nominated for this pop music award.
Mae has launched 16 albums, sold 10 million copies, and reached an impressive level of popularity. She has performed in 50 countries and visited all the most prestigious concert halls.

The violin virtuoso in February surprised the world again by representing Thailand in the 2014 Winter Olympics in Sochi as an alpine skier with the name Vanessa Vanakorn.
Vanessa herself describes the music she performs as “violin techno-acoustic fusion.” Amazing sounds and emotions on the stage here in Riga. Come and experience it!