The number of wide-body aircraft is rising at Vilnius Airport 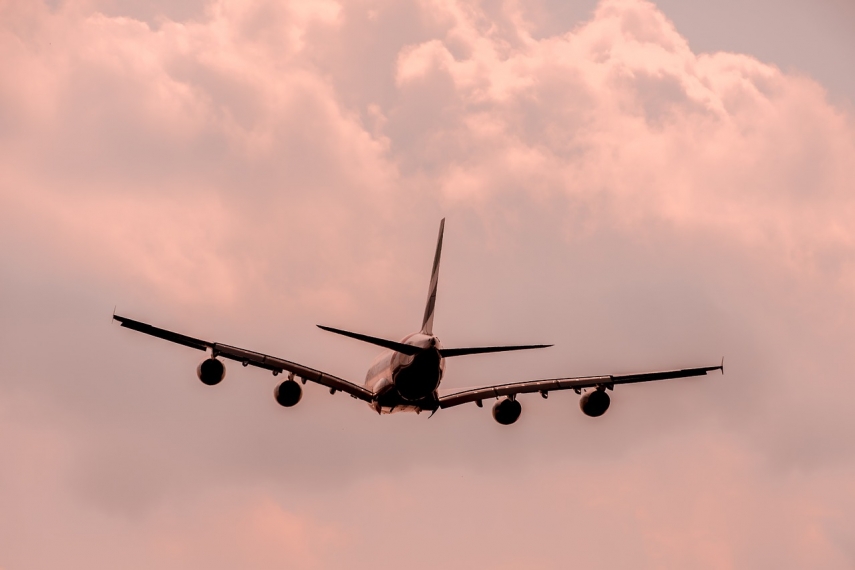 Aviation specialists assign to the category of large aircrafts the plane which wing length (or wing span) ranges from 40 to over 60 meters. Some of them may carry about 300 tons of cargoes, others – nearly 700 passengers. Already last year Vilnius Airport was visited by 152 large aircrafts, whereas in 2017, the number of such planes equalled only to eight. This year, already 92 such planes have already landed in the capital, thus, at the end of the year, reaching a record is expected.

It has been planned that after the reconstruction, the platform of Vilnius airport will be even better adapted for these aircrafts which service inside the airport is a complex challenge and requires increasing resources of both, employees and the infrastructure.

The numbers have grown tenfold

During recent years, the number of large aircraft has grown tenfold. The Head of Vilnius Airport Dainius Čiuplys notes that a visit of such planes is an acknowledgement of the airport.

“The fact that during nearly half of the current year we have serviced about 100 large aircraft shows that we perform reliable tasks properly and smoothly. The service of large aircrafts is much more complex than of those that usually land at our airports, thus, it is important that we also earn trust of these air carriers”, stated Mr. Čiuplys.

Once in a while, long-distance large planes that conduct charter flights land at Vilnius Airport. Most often, however, large type aircrafts carry cargo from the capital. Last year, solely through Vilnius Airport, 13 thousand tons of cargo have been carried.

“This year we also feel a demand on part of companies providing freight carriage services; the results should not yield to those of the last three years. It is important to understand that for the carriage of cargoes larger aircrafts are used than those used for the transportation of passengers, whereas parking lots necessary for these aircrafts must also be bigger than usual”, noted the Head of the Route Development of Lithuanian Airports Justas Rinkevičius.

After the reconstruction – new opportunities

Although large type aircrafts come to our country increasingly more often, the head of the capital’s air gates notes that their movement inside the airport could still be more effective if conditions of the platform were better. Currently, large aircrafts are served at Vilnius Airport by occupying several parking lots intended for smaller aircrafts.

“Therefore we have very limited opportunities to react flexibly to changes in the planning of operations on the platform or changes in aircraft schedules. When the current platform of Vilnius Airport was built, there was no need to install parking lots intended for larger aircrafts. Today, however, the situation has changed radically”, told Mr. Čiuplys.

The established need for aircraft parks is expected to be met after implementing a reconstruction of Vilnius Airport.

“The Queen of the Skies” lands down too

Larger aircrafts landing at Vilnius Airport are different and each of them is distinguished for an impressive characteristics. Most often, the capital’s air gates are visited by Airbus A330-200 which largest operator is the Turkish Airlines. The passenger version of such aircraft may hold even 406 persons, whereas a freight plane may carry up to 70 tons of cargoes.

Another “guest” of Vilnius Airport is the plane Boeing 747-400. It is quickly recognizable by its impressive appearance – the upper deck in the front of the plane. The exclusive aircraft is called the Queen of the Skies. It may fly 660 passengers; its length– 74 m, whereas the wing span - 64.4 meters.

The large Boeing 767-300 and Airbus A340-300 also visit the capital’s air gates. The lifting power of the latter one is 277 tons. The price of such giant planes may reach 220 million USD or even more.

Vilnius Airport belongs to the Lithuanian network of airports that manages three airports in Vilnius, Kaunas and Palanga. During 2018, they serviced 6.3 million passengers and 61 thousand flights. During the summer season, 14 airline companies conduct flights in 86 regular directions to 67 cities in 27 countries. Based on data of the Airports Council International (ACI Europe), Lithuanian Airports contribute to the Lithuania’s GDP by 2.5 percent. 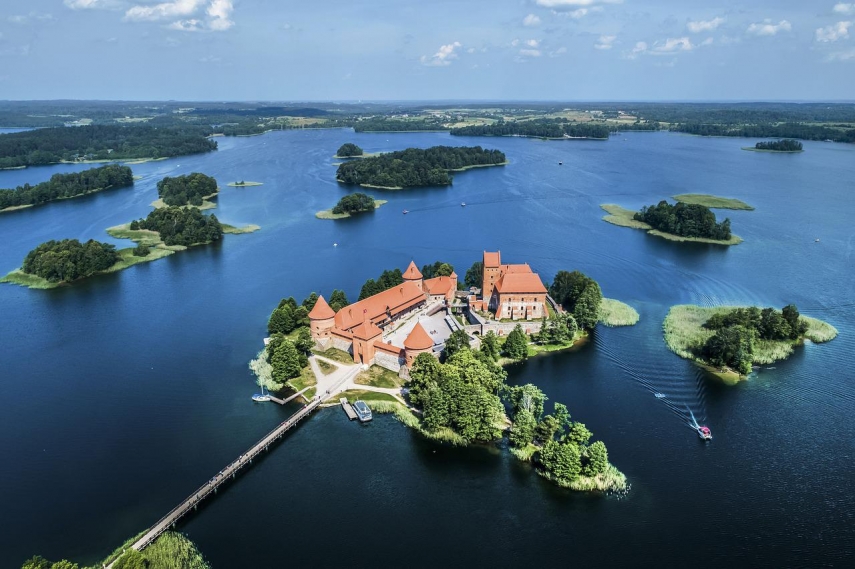