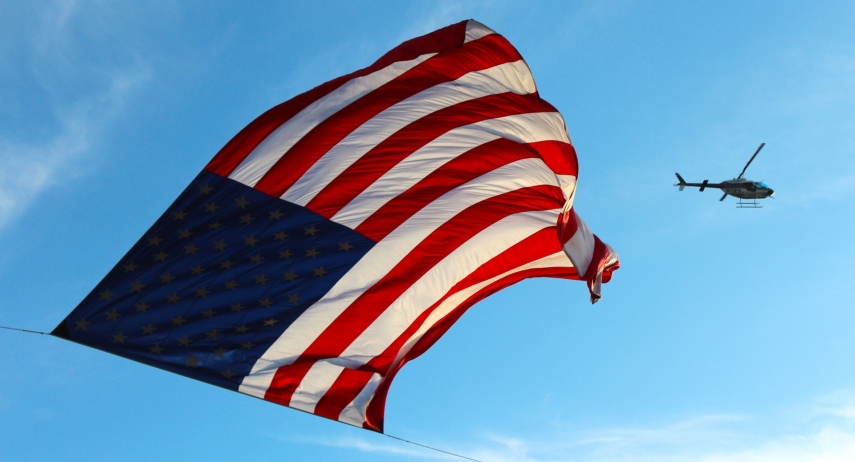 RIGA - The United States has deployed special forces units in the Baltic states to bolster the training and resolve of troops of the NATO allies anxious about “a looming threat from Russia,” and help the US detect any “shadowy efforts” by Moscow to destabilize the former Soviet republics, The New York Times (NYT) said in a report last Sunday.

“They’re scared to death of Russia,” said Gen. Raymond T. Thomas, the head of the Pentagon’s Special Operations Command, who visited the Baltics recently. “They are very open about that. They’re desperate for our leadership.”

Dozens of US Special Operations forces have, therefore “quietly” been deployed to boost the militaries of Latvia, Lithuania, and Estonia, according to the NYT report. The Americans provide sophisticated surveillance technology and intelligence to the Baltic countries, who have a “deep understanding” of Russian military power and cyber capabilities, the newspaper said.

Gen. Thomas notes that Russia is aware of the American presence.

It is not clear yet to what extent this initiative of the US Department of Defense will be supported by the US President-elect Donald Trump whose has announced his intentions to improve relations with Russia. During his election campaign, Trump said that the US would only protect NATO allies that paid their fair share to the military alliance. After his election, however, Trump appears to have softened his warning, the NYT says.

The deployment of the US special operations units in the Baltics is part of a wider allied military strategy aimed at deterring Russian aggression, the NYT says.

Kaspars Galkins, a spokesman for the Latvian Defense Ministry, told BNS that the Defense Ministry had never made it a secret of or highlighted the fact that the US sent troops of various forces to its Operation Atlantic Resolve in Latvia and that they also included special operations troops.

The ministry representative, however, did not give their number, nor did he specify the type of technology and weaponry brought to Latvia by these soldiers.

Lt. Gen. Ben Hodges, the commander of United States Army forces in Europe, said to the NYT that this new focus had improved the American forces’ “speed of recognition” of Russian activities. “A big part is being on the ground and getting a feel for what’s happening,” General Hodges said in a telephone interview.

The intelligence also informs planning in Washington. In October, the military’s Joint Staff conducted a three-day confidential simulation exercise involving four possible situations in Latvia in which Russia used drones, cyber warfare and media manipulation, according to the newspaper.

Russia has employed disinformation, a tactic dating to Soviet days, to try to discredit the Lithuanian government and NATO, the NET quoted Lithuanian officials as saying. In March, for instance, one national Lithuanian exercise involved the simulated contamination of a ship with an unknown chemical weapon. A blog announced that the threat was real and that five people had died from the chemicals. Lithuanian military officials were hiding the truth, the blog said.

Although the report was patently false, it made its way into Russian-language news sites in the country, as well as antigovernment Facebook groups, which posted the reports.

“Here in the Baltics, we experience an avalanche of propaganda against our states,” said Darius Jauniskis, the director of Lithuania’s State Security Department and a former commander of Lithuanian special operations forces. “Its purpose is to subvert our political and social coherence, to spread mistrust between state authorities and society, and even to disclaim our statehood.”

In July, during the NATO summit meeting in Warsaw, at which decisions regarding stationing multinational NATO battalions in the Baltic states and Poland were made, another blog reportedly quoted a top Lithuanian general as saying that basing NATO forces in the country “was posing a threat to stability in ties between NATO and Russia.” This kind of language was typical in Russian propaganda and was quickly picked up by Russian news sites. The Lithuanian general publicly denied having said this.

“It’s difficult to recognize in this foggy environment the actions that are taking place,” the NYT quoted Jauniskis as saying.

In response to Russia’s annexation of Crimea and the clandestine war in eastern Ukraine, as well as Moscow’s heightened military force on patrol off the coasts of the Baltics and Western Europe, the United States and its NATO allies have bolstered their own military exercises in recent years, and this spring will send battalions of 800 to 1,200 troops to each of the three Baltic states and Poland.