The most prominent developers in the field of integration were recognised 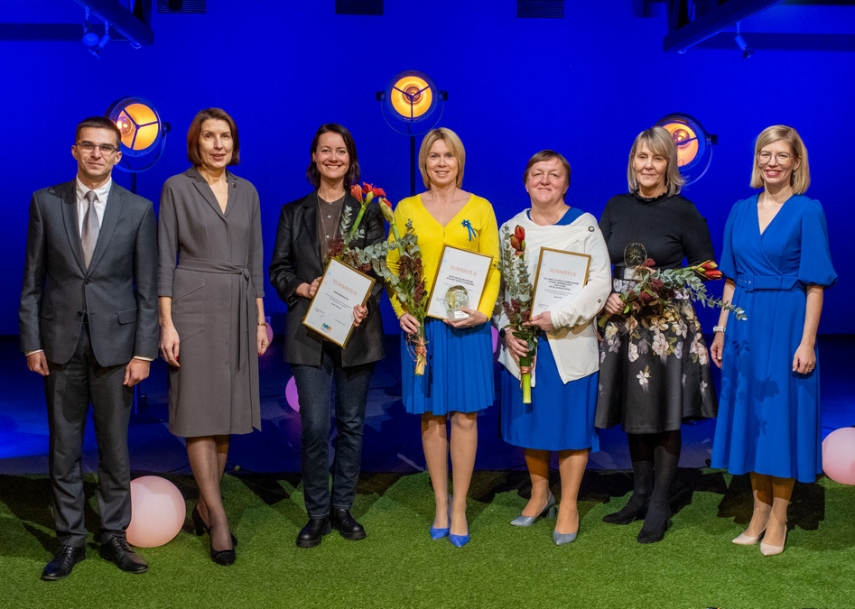 Today, on December 16th, the most prominent developers in the field of integration were recognised by Ministry of Culture and the Integration Foundation. Those recognised in the field of integration include Jelena Skulskaja, Marju Lauristin, OÜ Shiftworks, the Estonian National Museum, and Anu Luure and Natalja Mjalitsina, who are the driving force behind the Ukrainian school at the Tallinn Lilleküla Secondary School.

The goal of the awards is to recognise the people who have contributed to the introduction of various cultures that are represented in Estonia; to the creation of contacts between people with various native languages; and to finding a common language among the various communities.

"It is important for our society that the people living here are part of the Estonian cultural space and that there are good relations between people of different nationalities. Russia's aggression in Ukraine opened several wounds of the past and sent a large number of war refugees to Estonia in a short period of time. The task of the field of integration is to solve these challenges, to keep society together and cohesive. I am glad that today we are recognizing people, organizations and ideas, whose activities contribute to a sense of togetherness and a safer and culturally diverse Estonia," said Piret Hartman, the Minister of Culture.

Award winners were announced in four categories. The winners in each integration category received a reward of €1,000. This year, two prizes were awarded in the category Leading Figure in the Field of Integration.

The award in the Bridgebuilder of the Year was presented to Shiftworks OÜ, directed by Helen Sildna, for organising the Tallinn-Narva Music Week festival in 2022 and the sustainable development of the Station Narva festival. Over the past five years, Shiftworks' activities have contributed to the promotion of a more cohesive society in Narva and Ida-Virumaa, i.e. revitalising cultural life, diversifying the creative economy, improving the living environment of the region and changing its image of the region; emphasising that Narva is an Estonian city and part of our country, and that its eastern border is safe.

The award in the Messenger of the Year category went to the Public Relations Department of the Estonian National Museum, which, in cooperation with the Ministry of Social Affairs and the Social Welfare Board, organised a project to collect stories about helping the Ukrainian war refugees for the museum. In addition, the Estonian National Museum organises year-round courses for new immigrants, war refugees and people who live in Estonia but are not very integrated, whereby they get a first-hand insight into the history and culture of Estonia.

The Spark of the Year award went to Anu Luure and Natalja Mjalitsina for establishing the Ukrainian school at the Tallinn Lilleküla Secondary School. Based on their strong sense of mission, determination, persistence and patience, the school that they have created provides human warmth and a needs-based education to children who have fled the war in Ukraine. Anu Luure and Natalja Mjalitsina have been able to supplement their existing professional skills with new knowledge and, despite the unusual circumstances, have been able to create a “special” school in the good sense.

The Building blocks of integration category was introduced this year, and two winners were declared.

The first award in the Building blocks of integration category went to Jelena Skulskaja, who, for many years, has written about Estonian culture for Russians and introduced Russian culture in the Estonian language. Skulskaja has participated in almost 100 programmes as an Estonian-Russian cultural mediator on Estonian Television, and about 50 programmes on the radio. She has been contributing articles to newspapers since 1997, and been analysing the points of contact between and integration of Estonian and Russian culture. She has also published several books on Estonian-Russian cultural fields. Jelena continues her work on front with the unwavering strength.

The second winner in the Building blocks of integration category is Marju Lauristin, in whose scientific and social activities, the awareness of Estonia’s cultural diversity and long-term work promoting integration have been very important. She has been leader in this field for more than 30 years, taken care of the scientific research and follow-up in the field, and been involved in the field of integration since the 1990s. Marju Lauristin has placed great importance on the topic of integration as it relates to the general cultural and socio-political context, as targets for educational development, in scientific research and in the presentations for various future vision days.

A total of 23 applications were received for the competition of 2021-2022 integration projects.