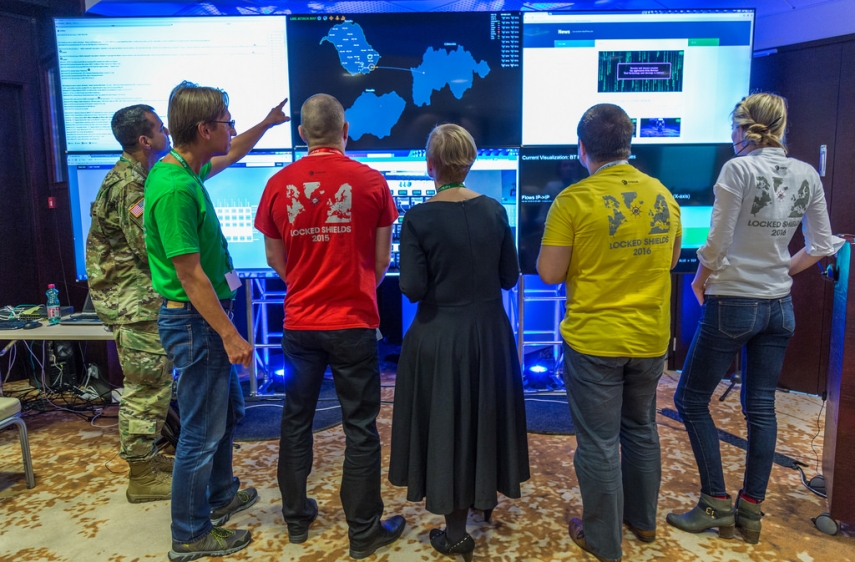 Locked Shields 2017, the largest and most advanced international live-fire cyber defence exercise in the world, will take place on April 24-28. This year the size and scope of technologies, networks and devices used in the exercise have increased considerably. Reflecting on the current key trends in cyber security significant focus will be placed on specialised systems. Media accreditation deadline to the exercise is April 24th.

The annual scenario-based real-time network defence exercise focuses on training the security experts who protect national IT systems on a daily basis. In 2017 the Blue Teams will be tasked to maintain the services and networks of a military air base of the fictional country, which, according to the exercise scenario, will experience severe attacks on its electric power grid system, drones, military command and control systems and other operational infrastructure. More than 2500 possible attacks can be carried out against Blue Teams and more than 3000 virtualised systems will be deployed during the exercise in 2017. Although the main focus of the exercise remains technical, this year a strategic track is introduced in parallel to the exercise, the aim is to provide a decision making exercise for policy officers and legal advisors.

In addition to ordinary business IT environment, several specialised IT systems are introduced to Locked Shields in 2017, reflecting the current threat landscape. For example, the following specialised systems will be included in the exercise - a large scale SCADA system controlling the power grid, an AirC2 system used for planning military air operations, military surveillance drones and Programmable Logic Controllers controlling the fuel supply of the air base.

Around 800 participants from 25 nations will be involved in Locked Shields 2017. While the organisers of the exercise will gather in Tallinn, Estonia, the participating Blue Teams will have secure online access to the exercise networks from their home bases.

Locked Shields exercise has been organised by the NATO Cooperative Cyber Defence Centre of Excellence since 2010. Every year, teams are put under intense pressure to maintain the networks and services of a fictional country. This includes handling and reporting incidents, solving forensic challenges, and responding to legal and strategic communications and scenario injects. To stay abreast of market developments, Locked Shields focuses on realistic and cutting-edge technologies, networks and attack methods.

The Centre is staffed and financed by its sponsoring nations and contributing participants. As of October 2016, Belgium, the Czech Republic, Estonia, France, Germany, Greece, Hungary, Italy, Latvia, Lithuania, the Netherlands, Poland, Slovakia, Spain, Turkey, the United Kingdom and the United States are signed on as Sponsoring Nations of the NATO Cooperative Cyber Defence Centre of Excellence. Austria and Finland have become Contributing Participants, Sweden has applied for membership in the same format, a status eligible for non-NATO countries.