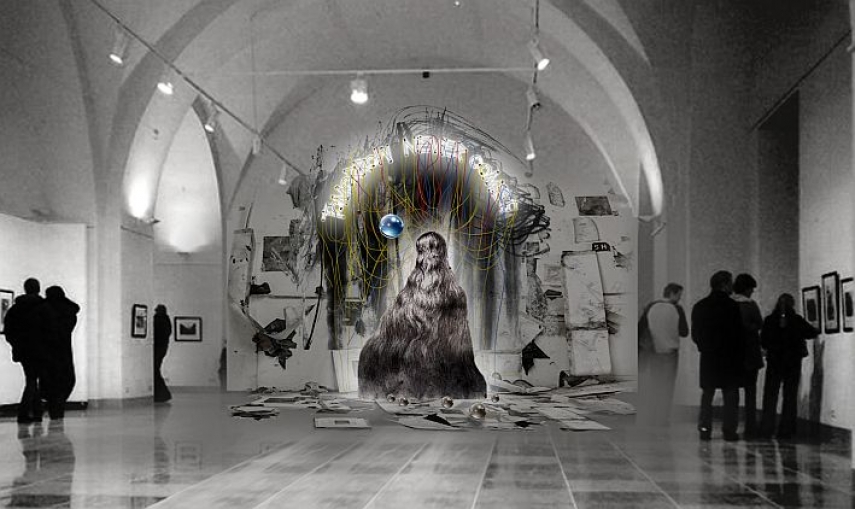 A contemporary art exhibition dedicated to the Latvia’s Centenary, The Future State, will be on view at the ARSENĀLS Exhibition Hall of the Latvian National Museum of Art in Riga (Torņa iela 1) from 23 February to 20 May 2018.

Future predictions claim that over the following 20 years humanity will change much more than during the entire history of its existence. Today’s discussions – climate change, minority and various other rights – will only be found in encyclopaedias. We will have become powerful enough to direct tsunami. Groceries will be delivered to us by flying drones and we will ourselves travel around in flying cars. Or, perhaps, we will already be eating virtual food. Something else will have been invented in place of classical medicine and tablets. Education business will be taken over by online companies. As a result of cloning, there will be ‘people without souls’, genders will disappear and human creatures will live for almost two hundred years. The current forms of labour will no longer exist. Industries of another kind will appear. Full working hours will be a thing of the past. National borders will keep on changing, as usual.

Ideas about what the future will be like may differ considerably from its actual form. Yet people are said to be thinking about the future more than they are about the present. The fancy that the real life, paradise itself, will begin in the future, when we graduate from school, become somebodies, settle our lives, get married, etc., is no stranger to anyone. The ‘big’ FUTURE, when we think of Latvia or the world, is quite hazy and unknown – as a mystical ship that appears to us out of nowhere, yet it turns out that we have been in this very ship all along and have arrived into the future straight from the past.

The exhibition is a part of the Latvia’s Centenary Programme.