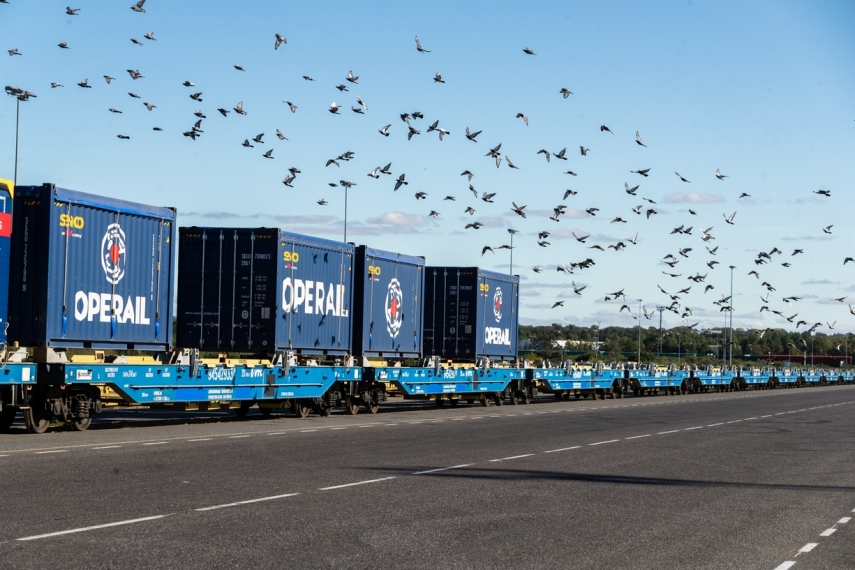 The freight volume of the international transport and logistics company Operail in the first nine months of this year was 5.2 million tonnes, half less than in the same period last year.

According to the unaudited consolidated interim report for the first nine months of 2022, the freight volume of the Operail Group in Estonia and Finland was a total of 5.2 million tonnes. This is 48% less than in the same period of 2021. Over a hundred employees have been laid off due to the decrease in the freight volume. The reason for the decrease in the freight volume is the sanctions of Estonia and the European Union against the aggressor countries, which stopped the transit of Russian fertilizers and Belarusian oil products through Estonia.

However, intra-Estonian multimodal operations have shown strong growth in the first nine months of the year: the volumes were 52% higher compared to the same period last year.

“I am glad that the work in the field of intra-Estonian transport has borne fruit and the growth has been strong. We have removed about 16,000 trucks from Estonian roads, thus making the roads safer for all road users and reducing the footprint of the transport sector,” said Raul Toomsalu, Chairman of the Management Board of Operail. “However, it is obvious that domestic trade, Estonian imports and exports, and north-south transit will not replace the lost volumes in the near future.”

In addition to domestic multimodal operations, the wagon rental business, which continues to make a profit, has helped the company. The company is also using funds accumulated in previous years. The concern about the future of the Estonian railway sector is nevertheless serious.

“The entire railway infrastructure in Estonia has been relying for many years on wagon rental income and large transit volumes. Now, transit volumes have decreased many times, while the railway maintenance costs are the same or increasing along with the general price increase. If local goods are made to be responsible for the maintenance of the entire railway in the future, then these goods will be transported by road due to the price, and the future of the railway as the safest and most environmentally friendly mode of transport in Estonia is in serious danger of disappearing,” stated Toomsalu. “The management of Operail is working hard to ensure that goods can be transported by rail in the future as well.”

Operail is an Estonian state-owned railway company whose main lines of business are freight transport, repair and construction of rolling stock, and rolling stock rental. The company employs about 400 people. In addition to the parent company (AS Operail), the Operail Group also includes Operail Repairs OÜ, which is engaged in rolling stock construction and repair, wagon rental companies AS Operail Leasing and Operail Leasing Finland Oy, and the Finnish railway transport company Operail Finland Oy.