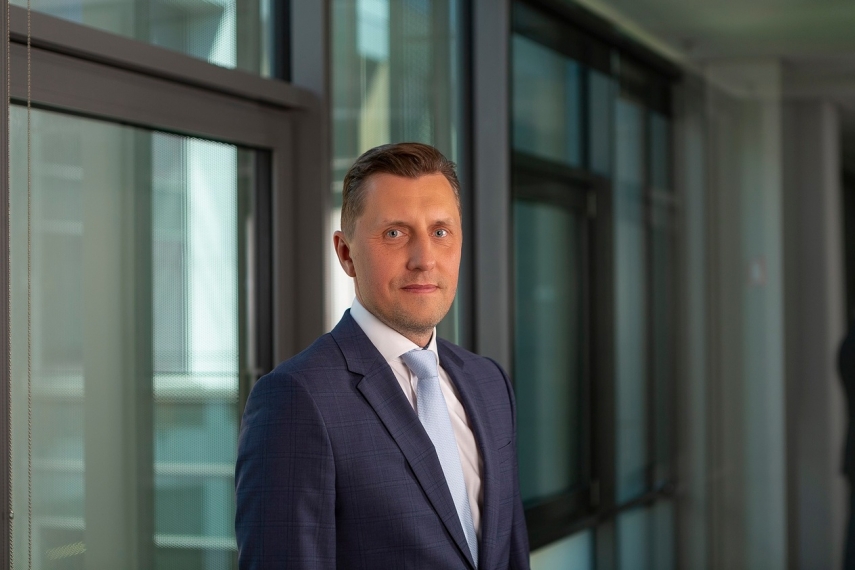 The financial markets have not been a walk in the park these past few years (due to Covid, of course), but eventually market compensated for all our concerns and worries by decent returns on investments. The most popular group of state-funded pension plans (with 50% share limit) earned on average 9% per year over the past three years, a total of 30%! Meanwhile, this year has started quite badly – since the start of the year we have seen minuses in all plan categories. This year, prices have fallen in practically all the major financial market segments, from U.S. government bonds to Chinese shares. A perfect storm.

War in Ukraine and the war against inflation

This year, the two main factors that are impacting all corners of global market in one way or another are the global rise in interest rates and the war in Ukraine. Ukraine’s heroic resistance against the Russian aggressors and the global reaction to what is happening is a topic to which we have been waking up for more than a month here in Latvia, and it is logical that this also dominates the global news. But believe it or not, all this madness actually has had a significantly smaller impact on the world financial markets and Latvian pension assets than rising interest rates in the US and Europe.

The US and Europe’s large stock market indexes began falling way before geopolitics took over our thoughts, and indexes are currently even higher compared to their levels when the war started. In Europe, which has war on its doorstep, and which will certainly see a greater economic impact, the stock market is not significantly behind US. Due to the war, it would be logical to expect investors to become more cautious, causing risky assets (shares, high-risk bonds) to show worse results than the so-called safer assets (U.S. and German government bonds, shares from companies with high ratings). However, that is not what happened. Quite the opposite: US government bonds, for example, have shown some of the worst results — almost minus 7% since the start of the year — slightly exceeding the drop in U.S. shares. German government bonds demonstrated similar results. The place where we clearly see the impact of the war on asset prices is the regional markets: Russian, of course, as well as Central and Eastern European, including Baltic, securities have suffered, particularly bonds. These securities have suffered both from climbing benchmark rates as well as an increase in risk premiums on the back of region’s physical and economic proximity to war-torn Ukraine and the partially isolated aggressor Russia.

This leads to a conclusion that the main factor impacting the global financial markets and the results of Latvian pension assets is a large increase in interest rates on a global scale due to rapid shift in the monetary thinking of the world’s leading central banks, particularly in the United States. Previously excessive monetary and fiscal policy — printing money, massive spending to plug holes in the economy caused by COVID-19 — has led to significant imbalances between spending and supply, which have in turn led to levels of inflation which have not been seen for the past several decades. Central banks, particularly the US Federal Reserve System (FRS), which for a long time ignored the problem, are now forced to run after the accelerating inflation train. Currently, even the war in Europe and high uncertainty about its impact has not been able to lessen the willingness of FRS to fight inflation by raising rates and suppressing demand. Of course, targeted slowing of the economy would also mean a slower growth of sales and profit for companies. This is exactly what caused shares to start dropping at the end of last year after reaching record highs. And, as it usually happens, in anticipation of increase in base rates the yields of bonds already in the market have shot up, which caused their prices to fall.

What is happening with Latvian pension plans?

All of the above-mentioned is in line with the performance of Latvian second pillar pension plans this year. The average results of the whole system are around minus 5.0 - 5.5%, while conservative plans have shown relatively larger losses than plans, which also include equities.

The pension plans managed by CBL Asset Management do not have positions in Russian or Ukrainian securities neither now, nor before the war. At the same time, we have historically been extremely active investors in the Baltic and Central European economies, mainly through investments in bonds. For example, in the CBL Universal plan, the proportion of Baltic issuers is around 15%, and about the same amount is invested elsewhere in the region. To reduce regional risks and our dependence on euro interest rates, as well as to ensure diversification of our investments, almost half of the CBL Universal plan assets is invested in the U.S., mainly in government and high-quality company bonds. This year, these positions have been negatively affected by the increase in dollar benchmark interest rates – it has been faster than the rise in euro rates.

The fixed income part in our CBL Active plan is also based on similar principles, with a larger emphasis on the Baltics and Central Europe, and US dollar rate risk. Our actively-managed pension plans will continue to adhere to this strategy going forward — both to mitigate risks and because, after the events of the past months, the potential returns of the bonds in our plans have increased significantly. For example, at the end of last year, the average yield of securities in CBL Universal plan was less than 2%, while it is now close to 3.5%. That is a massive change and levels rarely seen during the past five to six years. Furthermore, I believe that the current benchmark (government) rates in the U.S. and Eurozone are already pricing-in (if not overshooting) upcoming central bank rate increase cycle. If so, bonds may again become a significant generator of positive return in portfolios.

The exposure to equities in CBL’s plans has been created with a significant focus on the U.S. market. We plan to maintain it, bearing in mind the geopolitical situation and its potential economic impact. In general, I am cautious about shares. For the starters - I do not think that the stock markets are adequately priced for the FRS monetary policy tightening and the end of money printing. Not to mention what is happening now in Ukraine... I don’t find the outsized optimism and recovery in the equity markets since early March too logical, which seems to be founded on the illusional progress towards a diplomatic resolution for Russia’s aggression. It feels like Western investors are expecting everyone to shake hands soon, cancel the sanctions and restart business with the regime of war criminals in Russia. In the profit outlooks for US and European companies’ Russian isolation is factored in as a fast-disappearing blip which will have practically no impact on this year’s financial results. Really? I would like to believe, that, at least this time, principles will be more important than short-term profit considerations, and Westerners will come to peace with tightening their belts for the greater good. Among other things, this would mean significantly lower stock market returns than investors have been used to in the past 2-3 years.