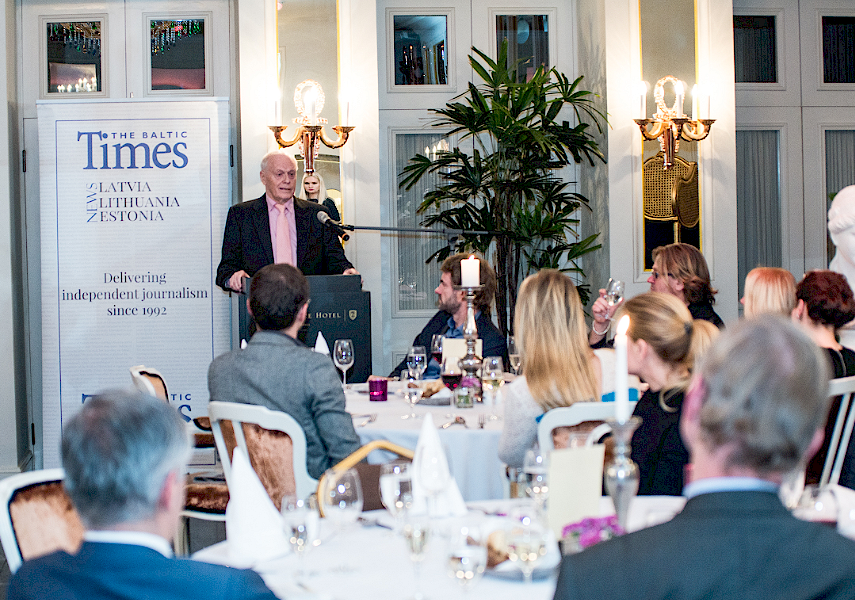 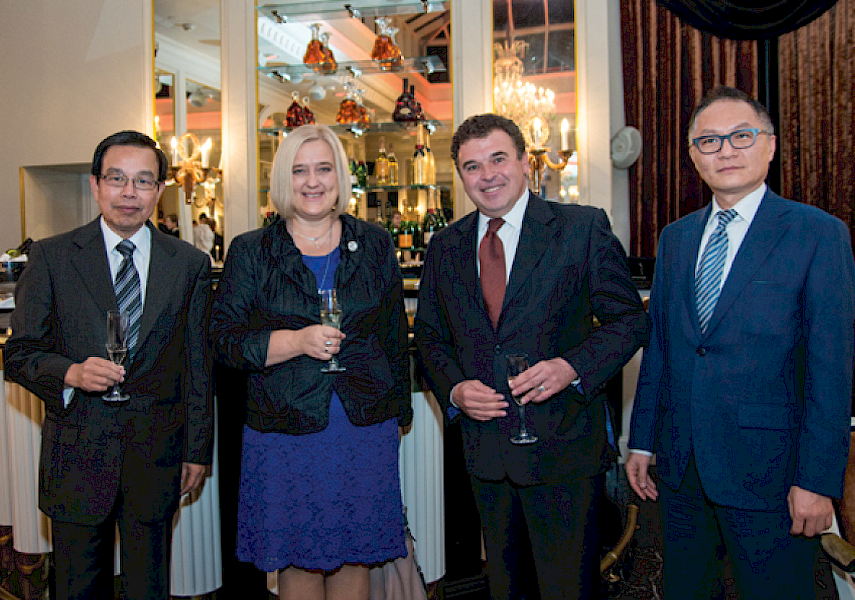 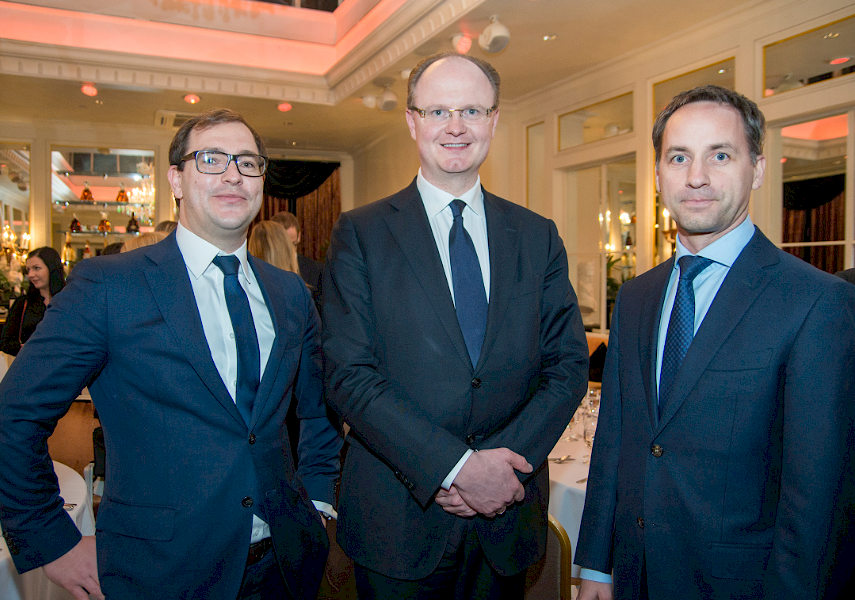 Responding to the cordial invitation of Gene Zolotarev, the publisher of The Baltic Times, the only English-language print newspaper in the Baltics, 52 respectable guests representing Riga-based embassies and foreign trade missions, educational, legal, and financial institutions gathered on the evening of Oct. 25 at Riga’s Grand Palace Hotel in Riga for the third annual The Baltic Times gala dinner, in the publisher’s words, to “raise a robust democratic society” through raising support for independent journalism in the Baltics.

“The Baltic Times has been committed to this cause since the paper was founded in 1992. In recent years we have sponsored an essay contest among young journalists to promote the importance of independent journalism, as an important building block of any democratic society … The role of media and journalism began to be viewed increasingly as ‘warfare,’ an effective and legitimate way to weaken your adversary, to divide him from within … We are proud that 50 young, talented, and politics-savvy journalists from all over the world contribute with their content,” Zolotarev underscored in his opening speech.

Among the keynote speakers were Preston Smith, who has under his belt two decades of investigative experience in the Central and Eastern European region and who, for the past five years, has focused specifically on risk advisory, due diligence and security assessment and Dr. Valdis Birkavs, a former Latvian prime minister and member of the Club de Madrid.

Dr Valdis Birkavs’ speech touched the tense geopolitical situation, and the challenges Latvia — and Europe — now face with a resurgent Russia in the east, and the new political picture in Europe in the wake of Brexit.
Guests included Hamid Ladjevardi, chairman of American Baltic Investments; a sizeable group of ambassadors and senior diplomats of the US, China, Ukraine, Turkey, and Ireland to the Republic of Latvia; prominent businessmen, including Janis Marsans, CEO of Dienas Bizness; Chung-Yung Keng of Taipei mission to Riga; Agnese Karaseva of Vidzemes Augstskola; Oyvinds Oklands of NLA Media School in Norway; Andris Vilcmeiers, member of the board of Maxima Latvia; Alexander Zelinsky, a senior partner at Five Consult; and others.

The result of a merger between The Baltic Independent and The Baltic Observer in 1996, The Baltic Times continues to bring objective, comprehensive, and timely information to those with an interest in the Baltic Sea region with its fortnightly newspaper and daily online presence.
It is the only newspaper providing independent news in the English language from the three Baltic States of Latvia, Lithuania, and Estonia.

“I will continue to give my full support to the paper, which even in changing times in the media industry has been able to transform itself and remain relevant in reporting on issues that are of importance to both supporting democratic process, and of covering issues of importance to the Baltic States,” emphasised Zolotarev.
The proceeds will go to support young journalists in the Baltics.

The event was sponsored by the Law Office Spridzans, BDO Latvia, and Eversheds Bitans.

Mats Kjaer, vice chairman Swedish Chamber of Commerce:
I am with The Baltic Times since beginning of 1999, when I started to work in the Baltic States. I keep sticking with the newspaper because it covers all three Baltic countries. It is published in English and reflects many things I need to be updated about. First of all, business updates and then all changes in all-level political elections and government changes! Geopolitical issues and their objective evaluation that The Baltic Times provides also finds my interest. I would like to encourage all The Baltic Times contributors to reflect on all issues neutrally and with no political tinge. In this climate, we need to have an objective and good analysis of the overall situation.

Chung-Yung KENG, director of division at Taipei Mission in the Republic of Latvia
I was very glad to attend with my representative the annual Gala Dinner hosted by The Baltic Times.
Our Mission has been the loyal subscriber of The Baltic Times for many years, 20 or so, I believe, although I arrived in Riga in January 2015. I value The Baltic Times as it is the only printed English newspaper published in Latvia, which provides foreigners living in Latvia with various news covering the Baltic States. When I pick up a new issue of the newspaper, I always look for the commentary section first. If I were to wish for something, I’d like The Baltic Times consider organising charity events and covering more about the history of the Baltic States.

Ansis Spridzans, Law Office Spridzans
I am not regular reader of the newspaper, but I highly respect its unique strategic position to provide information to English language readers interested in the Baltic region. The Baltic Times is in a position to take more objective and independent view on events rather than local newspapers covering only one country. This is what is needed for the international reader. I like how BT covers the other two countries, Estonia and Lithuania. I wish all the best success to The Baltic Times!

Valdis Birkavs, a Latvian politician, former Latvian Prime Minister
I‘ve been reading The Baltic Times since the very beginning and regularly. I like it because it is international and analytical and I deem it an important source of analysis and research of international and original trends.

Agnese Karaseva, director of Communication and Media Studies at Latvia’s Vidzeme University of Applied Sciences
For me The Baltic Times serves as a teaching tool: we analyse its content with our media and journalism students at Vidzeme University of Applied Sciences when studying the Latvian and Baltic media environment. During the busy workdays I mainly scan the headlines on the TBT webpage, however, I find myself staying longer with the content that is related to educational matters in Latvia. As a PhD student at the University of Tartu I am interested in various news from Estonia, too. To the staff of The Baltic Times I wish lots of energy and enthusiasm in providing qualitative journalistic content and also an expanding audience to which to report to!