The Baltic players hoping for success in the NBA 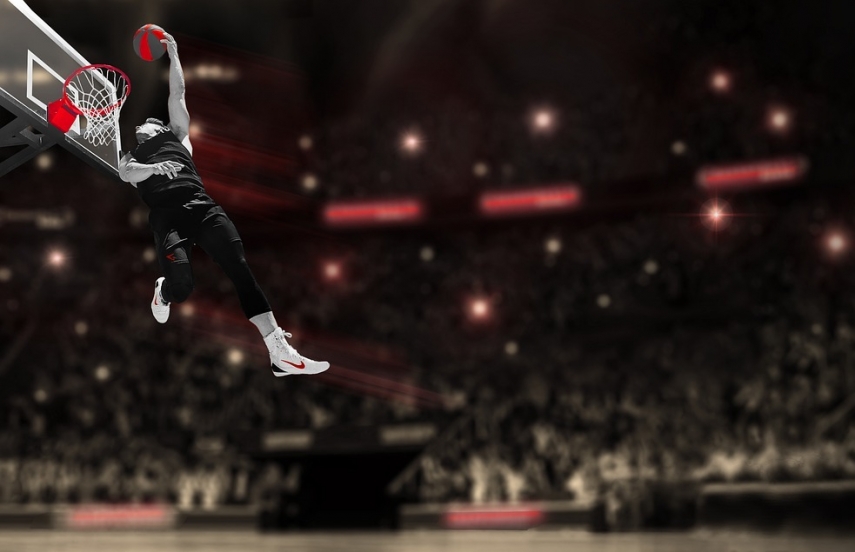 The NBA season is heading towards the business end with Playoff spots up for grabs and still much to be decided. It’s already been a great season full of thrilling games and there’s still more excitement to come.

The Play-In tournament starts on April 12th-15th followed by the Playoffs on April 16th. The Conference finals take place on May17th-18th and Game One of the NBA Finals tips off on June 2nd.

But what are the chances of Baltic success this season? Let’s take look at current NBA Baltic players and discuss their chances of being crowned NBA Champions.

Domantas is the son of the Lithuanian basketball legend Arvydas Sabonis. He became the second highest drafted Lithuanian in history when he was picked 11th overall by the Orlando Magic in 2016.

Since then, his career has gone from strength to strength, justifying his draft pick. In 2020, Sabonis was chosen for the 2020 NBA All-Star Game and became only the second Lithuanian in history to be chosen as an NBA All-Star.

He followed that up with a career-high score of 42 points versus the Utah Jazz, the highest NBA scoring performance ever by a Lithuanian, surpassing Linas Kleiza’s record. On January 10th, he registered his sixteenth career triple-double with 11 points, 23 rebounds and 10 assists versus the Boston Celtics.

In February, two-time NBA All-Star, Sabonis, was involved in the stunning Tyrese Haliburton deal. In exchange for Tyrese Haliburton, Buddy Hield and Tristan Thompson, the Pacers traded Sabonis, Justin Holiday, Jeremy Lamb and a 2023 second-round pick to the Sacramento Kings.

Unfortunately, the Kings aren’t having a great season and the latest NBA playoffs betting odds reflects their poor form. Don’t expect Dominic Sabonis to be crowned NAB Champion this year.

Selected by the Toronto Raptors with the fifth overall pick in the 2011 NBA draft, Lithuanian Valančiūnas is a giant center, standing at 6ft 11in (2.11m). The 2019 trade deadline saw him traded to the Memphis Grizzlies, where he became a firm favorite with Grizzly fans.

Despite setting a franchise record of 15 consecutive double-doubles, scoring 26 points and 14 rebounds versus the Chicago Bulls, he was traded to the Pelicans in the 2021 offseason. The deal saw Eric Bledsoe, Steven Adams and a 2022 protected first round pick go the other way.

In October, Valančiūnas signed a reported two-year, $30 million contract extension with the New Orleans Pelicans. A month later, while playing the Los Angeles Clippers, Valančiūnas recorded a career-high 39 points on seven three-pointers made, along with 15 rebounds.

A quality interior scorer and superb rebounder, Valančiūnas has been unable to push the Pelicans into the Play off picture. Injuries to star player Zion Williamson hasn’t helped, but for a lot of people, The New Orleans Pelicans are the biggest disappointment of the season.

Born in Kaunas, Lithuanian-Canadian Brazdeikis was the 47th overall pick in the 2019 NBA Draft. The Sacramento Kings took the 22-year-old forward and immediately traded him to the New York Knicks.

Eventually Orlando Magic took a chance on Brazdeikis, and he signed a 10-day contract. Impressing on his debut, the Magic signed him up for the remainder or the 2020-21 season.

He finished the campaign strongly with a career-high 21 points versus the Philadelphia 76ers in May 2021. In August, 2021, Brazdeikis signed a two-way contract with the Magic, and although his minutes have been limited this season, he has made an impact from the bench.

At just 23 years of age, Brazdeikis still has time on his hands and there’s no doubt he has the talent to go all the way. But with the Magic having a season to forget,  don’t expect to see him in this year’s NBA Playoffs.

In 2018, Lithuanian Kulboka, was drafted 55th overall by the Charlotte Hornets, in the second round. he is currently on a two-way contract with the Greensboro Swarm of the NBA G League.

Under the terms of the deal, Kulboka will split time between the Hornets and the Swarm. On 11th December 2021, he made his NBA debut with a 3-minute cameo during a 124-123 win over the Sacramento Kings.

The Hornets are not amongst the favorites for the NBA Championship, but they are expected to make the Play Offs. However, Kulboka is still raw and the chances of him seeing much action are remote.

While it doesn’t look like we’ll be seeing a Baltic player in the Playoffs this year, the NBA postseason is still not to be missed.