Teikmanis to be head of President's Chancery 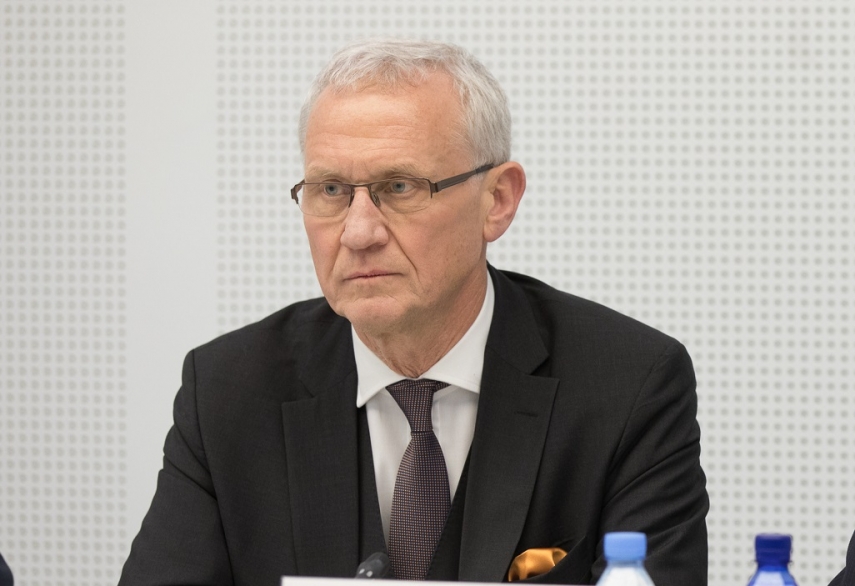 RIGA - President-elect Egils Levits has offered the post of the head of the State Chancellery to ambassador Andris Teikmanis, who has accepted the offer and will start working in the new job on July 8.

Levits' media advisor Aiva Rozenberga informed LETA that the post of the president's advisor on foreign affairs has been offered to ambassador Solveiga Silkalna, and she, too, has accepted the offer and will start working in the new job on July 8.

Teikmanis is currently serving as Latvian ambassador to the United States. He was born in 1959 and has a degree in law. He started work in 1983 as an investigator at the Riga Police Administration, later on he became a judge. He was a member of the Supreme Council and on May 4, 1990 voted for the Declaration on the Restoration of the Independence of the Republic of Latvia.

Teikmanis has been a diplomat since 1994, he has been ambassador to Great Britain, Australia, New Zealand, Russia, Germany and the Council of Europe. From 2008 to 2013 he was state secretary at the Foreign Ministry, for several years he also served as the ministry's deputy state secretary.

On the other hand, Silkalna currently works as deputy state secretary at the Foreign Ministry. She has also worked as a foreign affairs advisor to former prime ministers Valdis Dombrovskis (Unity), Laimdota Straujuma (Unity) and Einars Repse (New Era)

Silkalna started working at the Foreign Affairs Ministry in 1995, later on she worked at Latvian representations in the European Union and at the Council of Europe. In 2005, Silkalna was appointed Latvian ambassador to the United Nations.