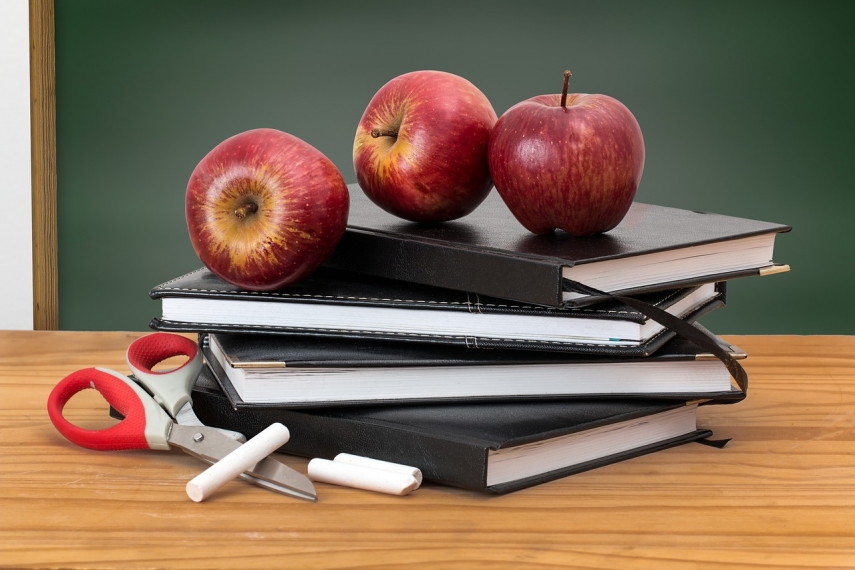 "The percentage from the average salary should be higher in the long term from where it is now," Matulionis told BNS Lithuania on Friday.

Earlier in the day, he chaired a meeting of a special working group on the public sector funding.

Figures from Lithuania's statistics service, Statistics Lithuania, show teachers in Lithuania get 739 euros after tax, with the average salary in the country standing at 728 euros.

The government says teachers' salaries are set to rise by almost a tenth, following the implementation of the tenure-based pay system for teachers.

But it remains to be seen how teachers' salaries will be affected by President Dalia Grybauskaite's amendments, recently adopted by the parliament, as well as actions of the Ministry of Education and Science, aimed at improving the new pay system introduced in September.

The Lithuanian Education Employees Trade Union, which demands raising pay for teachers by a fifth, ended its strike on Friday.

Matulionis says more funds for teachers' pay could be found after the overhaul of institutions subordinate to the Education and Science Ministry, and plans for that should be presented late this year.

"We will try to save up to 20 percent," the vice chancellor said.

The working group on the public sector funding should present its proposals by February.