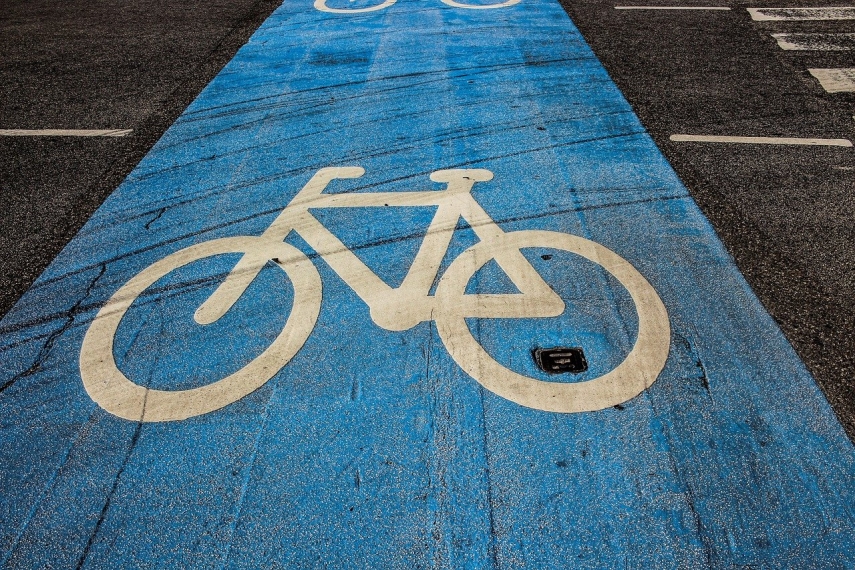 TALLINN - The City of Tallinn is inviting cyclists to take part in an international mobility survey to map their journeys between June and September.

The data collected will be used to develop a platform that analyses cyclists' mobility patterns and will empower the city to become more bicycle friendly.

Tallinn is taking part in the international project "Bicification -- increasing bicycle use in urban traffic", which aims to support European cities in their transition to green and active mobility. To reliably track the cycling of participants and reward them for their efforts, there will be a reward system in place for cyclists for every kilometer they cycle.

In the near future, around 40 kilometers of new cycle paths are planned in Tallinn's city center alone, in addition to improving the safety of existing cycle paths and roads.

"Our aim is to gradually implement the Tallinn Cycling Strategy and promote cycling as an everyday means of transport," said Deputy Mayor Vladimir Svet. "It is important that such development projects involve people who actually use the city’s bicycle paths on a daily basis. This way, we can find out whether the planned routes are convenient and safe, and whether they are actually on the trajectories that cyclists use."

"We invite all interested cyclists to take part in the survey -- everyone can contribute to making the city more bicycle friendly! We have a long way to go and we are ready to make an effort," Svet added.

The Bicification survey will start on June 1 and will end on September 30, 2022. Tallinn hopes to involve 500 cyclists in the project, which will form a representative sample of the city in both geographical and socio-economic terms. The project is open to all citizens living or working in Tallinn, aged 18 or over at the time of registration and using a smartphone. Participants will attach a Pin Bike kit to their bicycle, which will be used to map the cyclist's movements. The project is only open to regular bikes, participation with electric bikes is not allowed.

The research partner of Tallinn in the Bicification project is Tallinn University of Technology.

"Bicification's unique device allows, on a voluntary and anonymous basis, to record data on people's movements, as well as to further inquire about the reasons for movements and so on. In this way, for the first time, the Bicification project will allow the City of Tallinn not only to map cyclists' movement trajectories and ranges, but also to analyze the reasons why cyclists use such movement trajectories," explained Anu Masso, associate professor of big data in social sciences at TalTech.

"In addition, through a playful approach and 'nudging', Bicification allows to encourage people to cycle and to share information with planners about obstacles that cyclists may encounter, such as high curbs, as well as to inform them about opportunities, such as public drinking water taps. Internationally, this voluntary sharing of cyclists' personal mobility data has become a common and popular way for citizens to have a say in shaping urban infrastructure. Participating in the Bicification project is a great opportunity to be a data citizen -- to help improve the city’s living environment by means of data," Masso stressed.

From April 12, registration to participate in the survey is open at https://bicification-project.eu/join/ . From those who apply, 500 participants will be selected, taking into account the equal representation of languages, genders, ages and locations of the participants. Successful applicants will be informed of their participation in the survey and the next steps by e-mail no later than May 13.

Each participant will be able to earn cycling mileage rewards of up to 1 euros per day and 30 euros per month. The reward is based on the number of kilometers cycled in the urban area indicated on the following map: https://link.pin.bike/TallinnMap . For every 10 euros collected, the app automatically generates a 10-euro voucher that can be used in various shops in Tallinn that participate in the project.

The Bicification project is funded by the European Institute of Innovation and Technology (EIT)'s program EIT for Urban Mobility, which aims to accelerate positive changes in mobility to make urban areas more livable.

The project will involve 1,500 users from three cities -- Tallinn in Estonia, Istanbul in Turkey and Braga in Portugal -- for four months. Over the next five years, the plan is to involve 100,000 people from 90 cities across Europe. These users will receive rewards from local authorities. In turn, cities will receive valuable and reliable mobility data.

The City of Tallinn's participation in the project is coordinated by the Competence Center for International Projects of the Tallinn Strategic Management Office and the research partner is Tallinn University of Technology (TalTech).