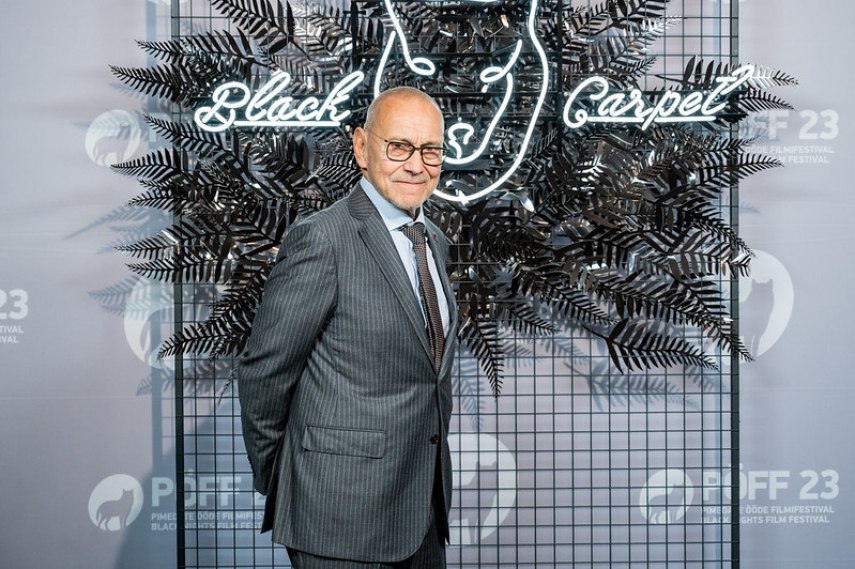 This is the second time after Andrei Konchalovsky visits Tallinn Black Nights, the first time being in 2002 when he attended the screening of House of Fools, which was also screened at the festival yesterday, with him and his wife, the film's star Julia Vysotskaya in attendance.

His latest film Sin, was shot fully in Italy with the dialogue in Italian, is a portrait of the Renaissance artist Michelangelo, which follows him through the agonies and ecstasy of his own creative genius as two rival noble factions compete for his loyalty. The film was entirely shot in Italy over the course of fourteen weeks. The film is produced by Andrei Konchalovsky Studios and Jean Vigo Italia with Rai Cinema. The Renaissance maestro is played by Alberto Testone (Pasolini: The Hidden Truth; Suburra).

When asked about whether political repression should be considered as the biggest danger for art, the director replied that all the greatest works have been created in some kind of repressive context - be the source either the church or the state - mentioning the examples of Chekhov, Michelangelo and Cervantes "I don't think that limiting rights has managed to limit the genius," he stated.

When asked what he considers to be the deed of his life, Konchalovsky replied: "My children!"

At the Q&A session after the screening he referred to the quote by the Dalai lama - "People are made to be loved, things are made to be used" - saying the this seems to have been turned upside by people as material objects are obsessed over and people are exploited all over the world.