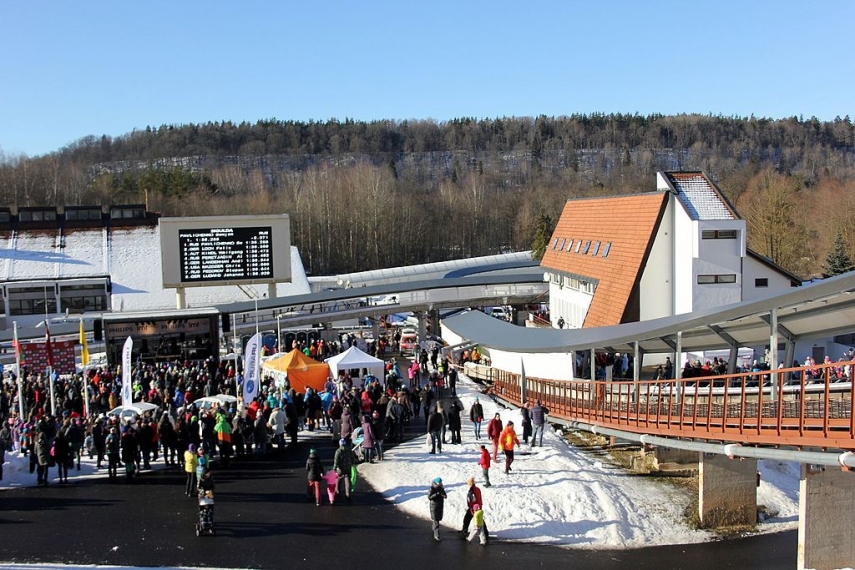 There will be one more meeting of LOC and SOC representatives after this information is provided.

Representatives of the SOC and Stockholm visited Sigulda on Tuesday to assess the possibilities of holding Olympic luge, bobsleigh and skeleton competitions in this central Latvian town.

After the meeting with Latvian colleagues, SOC CEO Peter Reinebo told journalists that during the visit the parties discussed possible cooperation on Stockholm’s bid to host the 2026 Winter Olympics.

Reinebo said that it would be possible to hold the Olympic bobsleigh, luge and skeleton events at the Sigulda track. We believe that this could be an opportunity to build cooperation. This was only the first meeting. We agreed to look at further talks, Reinebo said.

The SOC CEO said that this will be Stockholm’s eight attempt to win the rights to host Olympic Games. Sweden has the necessary infrastructure to hold competition on snow and ice, but we are looking for international cooperation in bobsleigh, luge and skeleton, Reinebo said.

LOC President Aldons Vrublevskis indicated that the Swedish side will draw up a questionnaire Latvia will have to fill by mid-March, providing all the necessary information.

“After that there will be one more working meeting in Sigulda,” Vrublevskis said.

Stockholm has renewed its bid to host the Olympic and Paralympic Winter Games in 2026, insidethegames.biz website reported last December. Stockholm’s bid is especially important to Latvia as Sweden wants to organize the luge, bobsleigh and skeleton events in Latvia.

As reported, representatives from Stockholm's bid to organize the 2026 Winter Olympics have approached the Latvian Olympic Committee for the Sigulda Bobsleigh Track to be included in its Olympic bid.

Stockholm does not have its own bobsleigh track, which is why it has approached the Latvian Olympic Committee for the Sigulda Bobsleigh Track to be included in its Olympic bid.

However, in order for the Sigulda Track to be able to host the Olympic bobsleigh, luge and skeleton events, it would have to be reconstructed, as it is not possible to organize 4-man bob competitions at the moment.

The Latvian Olympic Committee has a positive attitude towards the organization of the Olympic events in Sigulda, but emphasized that Stockholm must itself first decide whether it will officially submit its bid by the October 2018 deadline.