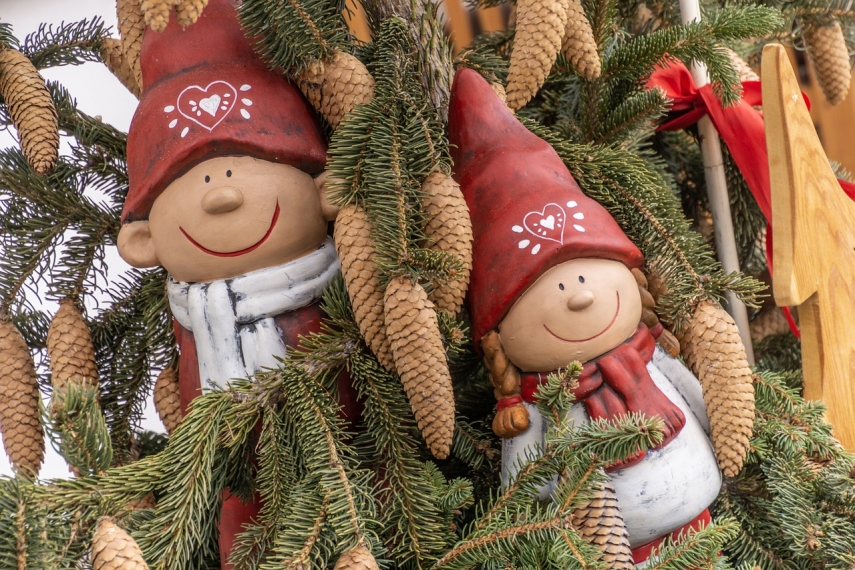 TALLINN, Dec 22, BNS – Gnomes bringing candy or other small gifts to well behaved children at night during Advent is a Christmas tradition perhaps the most likely to be observed by families with children in Estonia, and it appears from a study by pollster Kantar Emor that, according to adults, children know that such candy-bringing gnomes are real up to age 6 or 7.

Of all the responses given by the survey's target group aged 15-84, 31 percent put the age of a child likely to still cherish this belief at 6 or 7. Among parents of two or more children under 16 years of age, the ratio of such responses was as high as 38 percent.

One in five respondents considered children to be likely to be sure about the realness of the little creatures up to age 10, whereas for 16 percent of respondents that age for children was 11 or above.

Kersten Jogi, lead expert at Kantar Emor, said commenting on the findings of the survey that older children tend to be rather smart.

"They know very well that it pays to let parents know about their continued and avid belief in gnomes, because gnomes will not visit those who do not believe," Jogi said.

Across all age groups, 38 percent of residents of Estonia get small gifts from gnomes in their stocking or slipper during Advent.  This is the case in as much as 82 percent of families with two or more children. In accordance with tradition, the stocking or the slipper is left on the window sill for the night.

Of families with children, just over a quarter get a visit from Santa Claus, which according to Estonian tradition is most likely to happen some time during Chiristmas Eve when the family has gathered for the Christmas dinner. The rest of the families who get gifts for Christmas discover their gifts left by Santa under the Christmas tree.

The survey revealed a very big difference in people's preferences when it comes to the choice of the Christmas tree, which can be found in the homes of 78 percent of the country's residents during the holiday. Where of ethnic Estonian residents 59 percent put up a natural Christmas tree and only 27 percent an artificial tree in their home, of people of other ethnic backgrounds 44 percent prefer an artificial tree and only one in five a natural tree.

According to Jogi, the survey did not specify whether by Christmas it means the more traditional dates of Christmas Eve on Dec. 24 and Christmas Day on Dec. 25, or the Russian Orthodox Christmas celebrated two weeks later.

The survey also reveals that where one in five Estonians goes to church on Christmas Eve or on Christmas Day, among people of other ethnic backgrounds this ratio is significantly lower at 11 percent.

"It is likely that of Estonian Russians a considerably bigger portion will go to church, but it happens in January, in accordance with the old calendar," Jogi said.

Older residents and residents of smaller towns and rural settlements are more likely to go to church during Christmas than other categories of residents in Estonia, the survey indicates.

Of all respondents, 70 percent said that their family will gather for a Christmas meal during the holiday and 57 percent that they make gifts to one another. The tradition of a common Christmas meal is more widespread among ethnic Estonians than other residents, however.

The ratio of people who do not celebrate Christmas is 6.5 percent in Estonia, and as high as 12 percent in the Russian-speaking segment, according to the survey. To some extent the latter ratio may be attributable to many such people celebrating Christmas in January. Of ethnic Estonians, 4 percent turn Christmas the cold shoulder.

Asked about their family's spending on Christmas gifts this season, 22 percent said that it does not exceed 50 euros, for one in five respondents it was from 51 to 100 euros, and for slightly over half of families up to 200 euros. Families spending over 300 euros on Christmas presents made up 12 percent and the ratio of such answers was higher among people of other ethnic backgrounds than among ethnic Estonians.

The survey was conducted by Kantar Emor by interviewing more than 1,100 residents of Estonia.