Support from U.S. congressmen is a positive signal for closer cooperation between NATO and EU - Kalnins 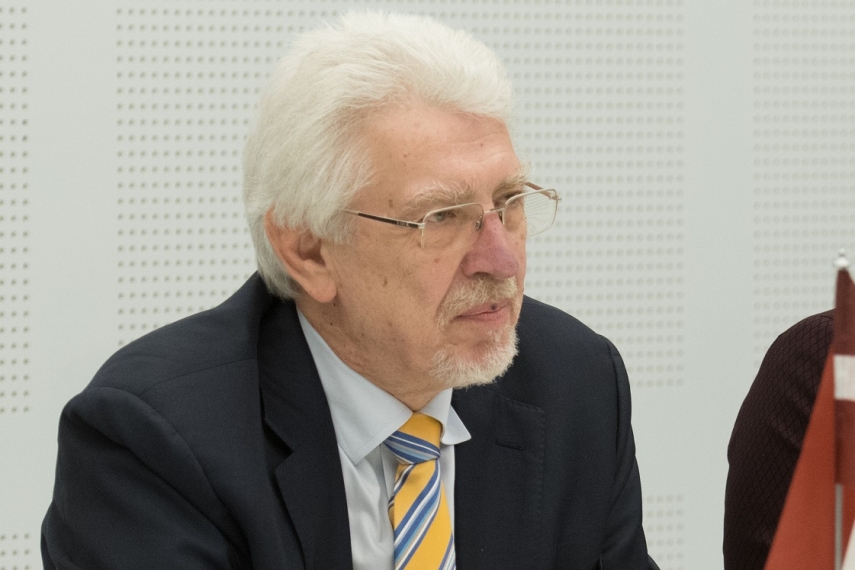 RIGA - A delegation of U.S. congressmen led by House Speaker Nancy Pelosi in Brussels expressed support for closer cooperation between NATO and the European Union, and that this is a positive signal, the head of the Latvian delegation to the NATO Parliamentary Assembly Ojars Eriks Kalnins (New Unity) said.

''This once again shows that NATO is fulfilling its commitments, and proves the role of parliamentary diplomacy in strengthening relations,'' Kalnins told LETA.

He said that the meeting between the U.S. House speaker and 50 congressmen with NATO Parliamentary Assembly representatives in Brussels is an important event and confirms the importance the trans-Atlantic cooperation.

''The U.S. representatives confirmed that Europe remains a strong trans-Atlantic partner, and there is great support from both Democrats and Republicans to continue this cooperation despite the criticism expressed by the U.S. president,'' Kalnins said.

He said that there has been more active implementation of joint NATO and EU projects in recent years, as well as an increase in financing which European countries and Canada are allocating for defense, he said. Since 2016, an additional USD 41 billion has been allocated for defense, but by 2020 this increase could reach USD 100 billion, Kalnins went on to say.

Highlighting the role of parliamentary cooperation, a visit by Baltic parliamentarians to Washington DC could be organized sometime later this year. He also said that the invitation for House Speaker Pelosi to visit Latvia also remains in force.

As Kalnins emphasized, this NATO Parliamentary Assembly meeting was also important with the fact that a representative from North Macedonia was present as an observer.

Founded in 1955, the NATO Parliamentary Assembly serves as the consultative interparliamentary organization for the Alliance. The Assembly is institutionally separate from NATO, but serves as an essential link between NATO and the parliaments of the NATO nations. It provides greater transparency of NATO policies, and fosters better understanding of the Alliance’s objectives and missions among legislators and citizens of the Alliance.