Some 68% of Ukrainians would back EU entry at referendum 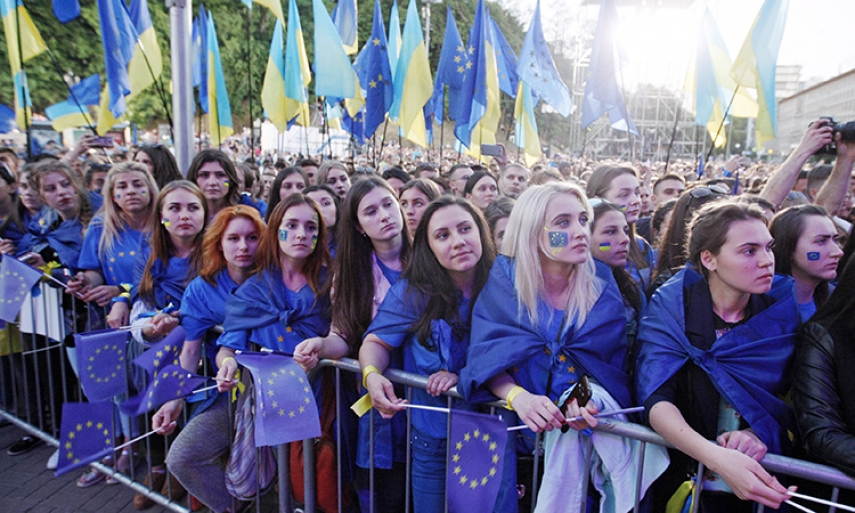 KYIV - Nearly 70% of Ukrainians polled by the Sotsis Social and Marketing Research Center said they would back Ukraine's joining the European Union, while a little over 50% would support accession to NATO at a referendum.

Results of the survey were presented during a press conference at Interfax-Ukraine on Friday.

Some 68.1% of respondents said they would vote for Ukraine's entry into the EU, 17.1% would vote against it, 5.9% would not vote, and 8.9% refused to answer or said they were undecided.

Ukraine's accession to NATO was supported by 51.1% of respondents, while 29.4% said they would vote against this, 7.4% would not vote, and 12.1% refused to answer or were hesitant.