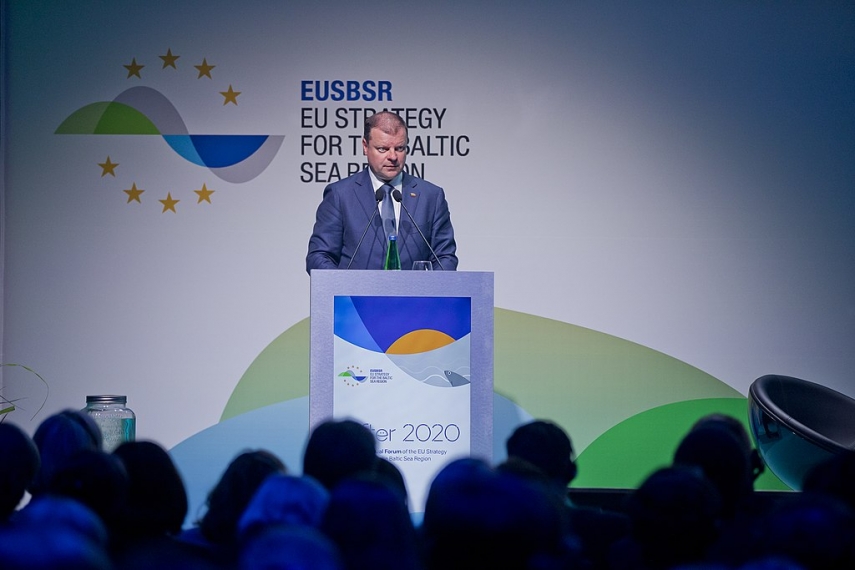 VILNIUS - The Lithuanian Farmers and Greens Union (LFGU) would offer Saulius Skvernelis to stay on as prime minister even if he lost next year's presidential race, the leader of the party, which has the most seats in the parliament, told Verslo Zinios.

"The current prime minister would definitely make a strong candidate who could win the election. But no final decisions have been taken either by Skvernelis or the party yet," Ramunas Karbauskis said in an interview with the daily paper.

The LFGU leader said Skvernelis would likely be asked to continue as prime minister, because "it would be stupid and unwise to replace the prime minister who is doing his job well".

"It will be up to the LFGU to decide whom to propose as the next prime minister after the presidential election. That decision will hardly depend on how well a candidate did in the election," Karbauskis said.

"As to Skvernelis and his chances to stay on as prime minister if he doesn't run or if he runs but doesn't win, I can only say that I believe that he would be asked to remain in the post," he said.

Karbauskas added that his party had not yet discussed any other potential candidates to be the next prime minister.