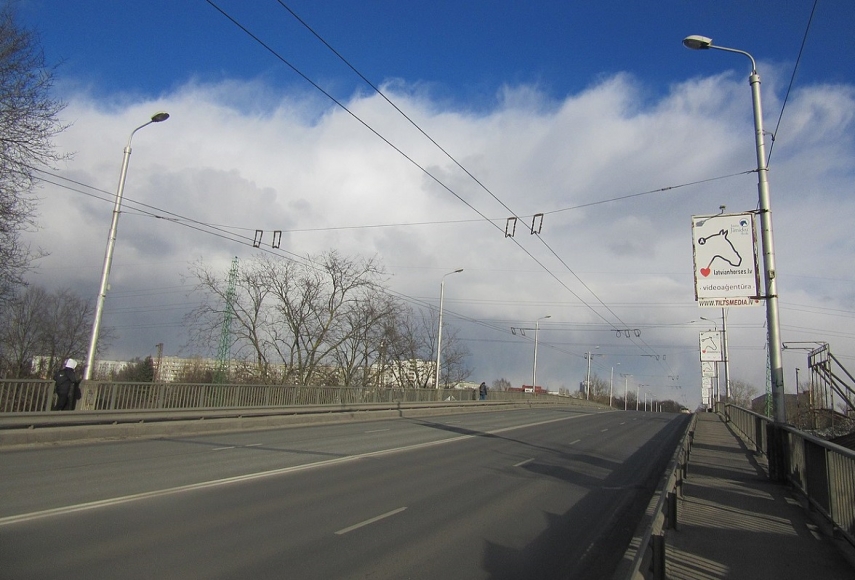 RIGA - The situation on the Deglava Bridge is the result of the Riga City Council's policy, failing to invest in infrastructure in a long term, said Latvian Prime Minister Krisjanis Karins (New Unity) in an interview with commercial LNT television today.

"If no investments are made in infrastructure, only in fare discounts and other benefits in order to fish for votes, this is where we get," said Karins.

He said that the Riga City Council may disagree with the State Construction Control Office (BVKB) who announced that the Deglava Bridge is not safe, but, remembering the Maxima tragedy, when a roof of the store collapsed, killing 54 people, the opinion of experts should be heard. "Safety of people is in the first place," said Karins.

As reported, BVKB inspected the Deglava Bridge and discovered damages in its constructions which had not been identified before the renovation works were started. On April 8, BVKB ordered to suspend the construction works on the bridge. Inzenierbuve did the necessary measurements and calculations and concluded that the bridge is safe for traffic up to 30 tons. Repeated tests by independent experts will be carried out until the beginning of May.