Situation of Rigas Satiksme is neither simple nor hopeless - new CEO 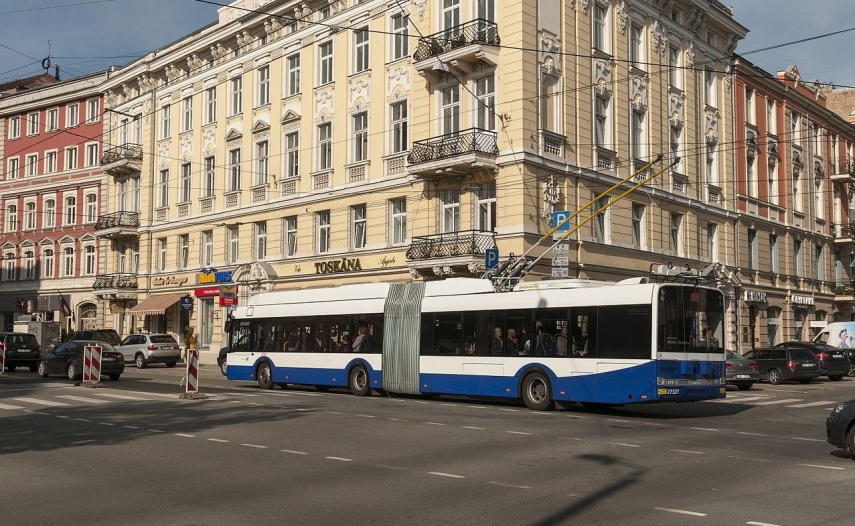 RIGA - The situation of Rigas Satiksme municipal transport company is not simple, but it is not hopeless either, the company's new CEO Dzineta Innusa said in an interview with Latvian Radio on Friday.

Admitting that she still knows too little about the company's current state, Innusa said that the situation is not simple but it is not hopeless either.

In the years to come, Rigas Satiksme together with its owner, the city council, will have to work hard on the availability of capital because the company cannot base its operations on borrowed money alone, the new CEO said.

First of all, Rigas Satiksme needs a complete analysis of its financial state. On Thursday, Innusa was informed that an audit was carried out and the company's expenditure slashed in 2019, but she is still not sure that everything has been done to improve the transport company's finances.

Innusa said that during her first months as Rigas Satiksme CEO she will have to work hard to sort out the actual situation.

Innusa believes that Rigas Satiksme is still able to provide its regular services but that projects like purchases of new transport vehicles are currently out of question. "This is very complicated because the company lacks a stable financial basis for undertaking new financial obligations and implementing these projects," Innusa said.

One of the main issues is cooperation with creditors and restoring their trust in Rigas Satiksme, the head of the company said. "It is perfectly understandable that they are concerned, as the situation is not quite clear. Sadly, the competition process also turned out to be rather interesting, if I may say so, but it is up to the supervisory board to decide on choosing and appointing the management board," Innusa said, adding that she respects the supervisory board's decisions.

Innusa promised to work to dispel all the doubts raised by the creditors, the public and residents of Riga.

Commenting on cooperation with Rigas Karte  electronic ticketing system provider, Innusa said that this company's services might be integrated within the services of Rigas Satiksme.

As reported, Innusa has been appointed chairwoman of the management board of Riga public transport company Rigas Satiksme.

Rigas Satiksme supervisory board on Thursday had a meeting with the company's new management board members, and appointed Innusa the management board's chairwoman during the meeting.

Rigas Satiksme's supervisory board confirmed the new management board on December 30. The management board is made up of the Highway Traffic Safety Directorate board member Janis Golubevs, former Olainfarm board member and head of Baltic accounts and payment operations at SEB Bank, Inga Krukle, former deputy state secretary at the Transport Ministry Dzineta Innusa, as well as Emils Jakrins and Elina Epalte-Drulle.

The supervisory board's chairman Rolands Klincis previously said that the main criteria in selection of the management board members included continuity of the company's operations and quality operations and risk management.

A total of 176 candidates applied to work as Rigas Satiksme board members.

As reported, Rigas Satiksme was left without a management board after an investigation started by the Corruption Prevention Bureau uncovered serious violations in the company's procurement deals.