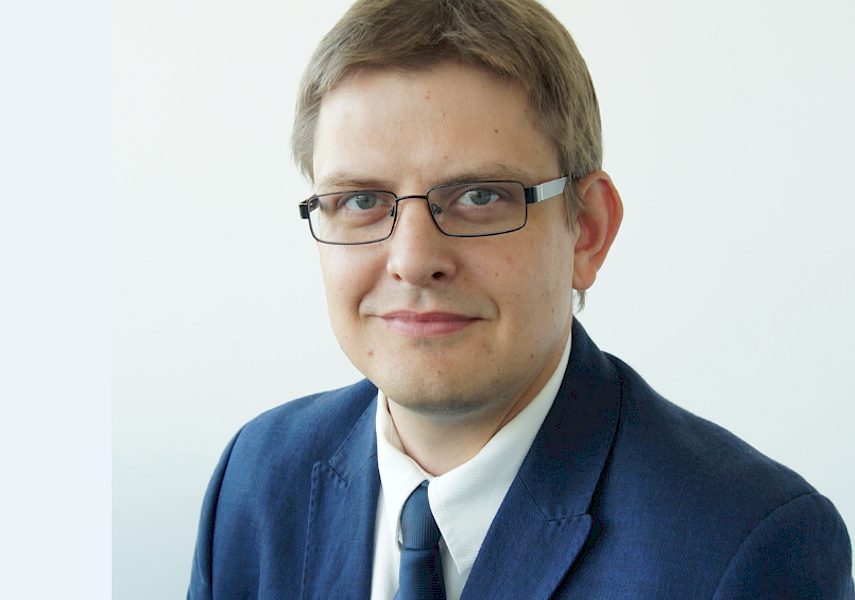 Stability for now: Klimasauskas gives his economic predictions for the new year

Echoing domestic and foreign financial analysts, Darius Klimasauskas, Associate Director and Head of Corporate Finance, KPMG Baltics, claims that, for the Lithuanian economy 2016 will be all about stability and GDP growth at 3 per cent. But as the world might be on the threshold of a relapse into recession, the signs from China and the European Central Bank are to be closely monitored by the euro zone. The financial analyst kindly agreed for interview with The Baltic Times.

What kind of a financial year can we expect?
As most of the analysts out there, I believe we will have a stable year in terms of finances. There are several forecasts on our GDP growth, but most of the analysts agree it should be in the range of 3 per cent, which is good. Especially, that inflation is also expected to reach 1 per cent or a bit less. The level of unemployment in the country should be under 10 per cent this year. To wrap it up, we should be seeing a sustainable financial year.

What did financial markets of Lithuania, Latvia, and Estonia share in common in 2015?
What was characteristic to all the markets was money glut. In other words, there is lots of money to tap. Especially that the interest rates are now on a really low end. Therefore we are seeing quite a large mass of money out there “chasing” quite a limited number of objects on sale.
For business it means that a company can easily attract the capital it needs for development of expansion. From that point of view, the situation in the markets is pretty much similar to the one we had before the economic slump between 2008 and 2009. It does not necessarily spell bright prospects for all of us: some speculate it may lead to a relapse into crisis.
In fact, some other key factors, like the frenetic global expansion of M&A market in 2015, also show we have reached and even surpassed the records in mergers and acquisitions, which we saw in 2007. Some already assert the economy is overheating again, but I’d rather say that there are strong signs of incandescence in it.

What developments in Lithuanian financial markets would you discern in 2015?
If we were to speak about the economy, it has been pretty smooth overall. I mean there were not any major shake-ups or anxiety-causing trends. That is good: stability is the key factor for an economy. As a very small economy we kept being very dependent on our chief trade partners.
Speaking of 2015, I’d heed the development in M&A market, which is like a litmus paper, enabling us to understand how foreign markets see us. Acquisition of Omnitel (a Lithuanian telecommunications company, also a mobile operator-L.J.) by Teo, a telecommunications company, was a big deal, as well as the sale of Bite (a mobile operator-L.J.).

Consolidation in segments of telecommunications and insurance services was a characteristic feature of our financial markets last year. Such mergers are definitely a sign of a sound economy. Omnitel-Teo merger counts on synergy and costs-saving, which can play out well in the future. As organic growth is not likely to surge above the expected 3 per cent in GDP growth any time soon, I believe many companies, therefore, are looking for something more exciting in their activities — for bigger earnings, they opt for mergers and acquisitions. They should be trending in 2016, too.

How do global financial markets view Baltics?
Even as a region, we are too small for them. Some of the big players look at us as part of Central Eastern Europe. But what perhaps marks a new trend is that we, more often, are pointed in the map as a country in Eastern Europe. Only Poland, Hungary, and Czech Republic are identified more clearly in that part of Europe.
Nevertheless, Lithuania is being widely acknowledged for some of its outstanding achievements lately, like establishing shared-service centers. The number of them is on the rise, which is really good. I looked up the statistics: around 5,000 new jobs were created last year in such shared-service centers, which puts us on top in the Baltics.
Such Lithuanian investment promotion organizations, like Investuok Lietuvoje (Invest in Lithuania-L.J.) for example, do a tremendous job in attracting foreign investments. What it does here has a big impact on the economies of Vilnius, Kaunas, Klaipeda first of all.
The scene of start-ups also looks pretty promising. On top, undoubtedly, sits Vinted, an online fashion and clothe swap marketplace with nearly 15 million members worldwide. So regionally, we are sending ripples in financial markets, but, internationally, we are tiny.

How worrisome in your eyes is China’s slower pace of growth or even possible stagnation? Should the Baltics be worried about it?
Well, if we were to look at China directly, our economic exposure to it is rather insignificant. Over the last year’s 10 months our China-bound exports amounted to 81 million euros, which is rather insignificant in the total of our exports, at around 20 billion euros last year. Still, China’s impact on the world economy is huge — many analysts maintain that recovery after the financial crisis of 2008 to 2009 was largely hitched onto China’s crisis-unscathed economy.
As analysts today slash the Chinese economy growth forecasts — from 9 per cent to 6 per cent most lately — it does cast a shadow on the world’s economic outlook, for Lithuania’s too. If China hits a snag or dips into recession, fallout will be tangible across the globe. No doubt of that, but the question is how big it will be.

If things turn bad, how can the Baltic economies mitigate the consequences? Is there anything we can do about it ourselves, or will the European Central Bank be making the call?
The European Central Bank has indeed a very big impact on our economies, but the leverages we can employ ourselves, were it the case, are important, too.
As Lithuanian economy has rebounded from the dismal performance from  2008 to 2009 and is getting where it was before the slump, we cannot let our guard down. I mean we have to be watchful and smart when it comes to fiscal policies and domestic debt. The best preparation for a possible recurring economy crunch would be tackling debt and accrue a certain reserve.

On the other hand, as a small, heavily exports-oriented market, we are very vulnerable to what goes on globally. Is there any silver lining to the murky picture?
Cheering us all up I’d say this: a crisis is hardly possible in a year of election of a new US president. I am not joking. Analysts have noticed that a year marking a US president’s election is economically crisis-free.  So we all should be pretty safe in 2016. But as I said, China troubles and heaps of cheap money in the markets can be signs of a looming uncertainty ahead.
As Lithuania holds parliamentary elections this year, the Government is likely to loosen up its fiscal policies …
It is possible, but, once again, it has to be cognizant of the aftermaths.  Remember, back in 2008, our GDP dipped in double digits.     I tend to believe that smart people always learn lessons. I believe our politicians understand where irresponsible financial behavior can lead to.
And if they don’t, our banking system’s chief watchdog, Central Bank of Lithuania, is really tough and does a very good job supervising all financial institutions in the country. With the experience we have in dealing with crisis through 2008 – 2009, I believe we are prepared now way better to deal with a relapse.

How was last year for Lithuania in terms of foreign direct investments? The outset of 2015 was pretty lackadaisical, was it not?
It was, but things bottomed out quickly and the picture at end of the year was very good. We not only caught up with the pace we had in 2014, a record year for foreign investments, but even managed to exceed the numbers. Some foreign arrivals, like, for example, the opening of Barclay Center in Vilnius, also make a foreign investment, although it did not acquire any assets here.
Real estate in 2015 saw large corporations and foreign developers buying large and expensive office buildings in Vilnius. The exuberance and volumes of such deals shows that the year was really good.
We did not have any major exits of foreign investors from Lithuania in 2015. The departure of RSA, a chief stakeholder in Lietuvos Draudimas, an insurance company, was most noticeable. But their departure was a result of their new business strategy, not our fault.
So to sum up, investment-wise, Lithuania was doing really good last year overall, and the performance, to a large extent, was boosted by the adoption of euro.

What do you believe Lithuania is missing as an investment destination?
How the world perceives our investment environment reflects, for example, in the standings by Doing Business, an international business survey, in which Lithuania sits 26th.  Latvia and Estonia are higher in the ranking.  Why?
First to my mind comes the taxation, in which Latvia and Estonia often hold an edge over Lithuania. Estonia has set zero tax on the reinvested profit and Latvia boasts of being the right place for setting up holdings and having a 0 per cent tax policy for small enterprises with less than five people on the payroll.
We certainly cannot say Lithuania is lagging in the incentives aimed to boost investments, but when things add up, the neighbours look better to some, including Doing Business. There is something to think about.
When it comes to corruption, things have improved a lot in Lithuania, but Estonia is better in this regard. Estonians were certainly very flexible and quick with fixing work relations in the country.

Few well-to-do Americans do not have some type of equity, but very few Lithuanians put their money in stocks and shares. Is that about to change?
Not in the near future. Speaking of the United States, let’s keep in mind the country embodies the gist of what capitalism is about: private property, capital accumulation, wage labour, and competitive markets. In that sense, Lithuania is a young capitalist country, so investing in stocks is still budding. Frankly, I never came across any statistics on the number of Lithuanians owning stocks, but it must be very low.