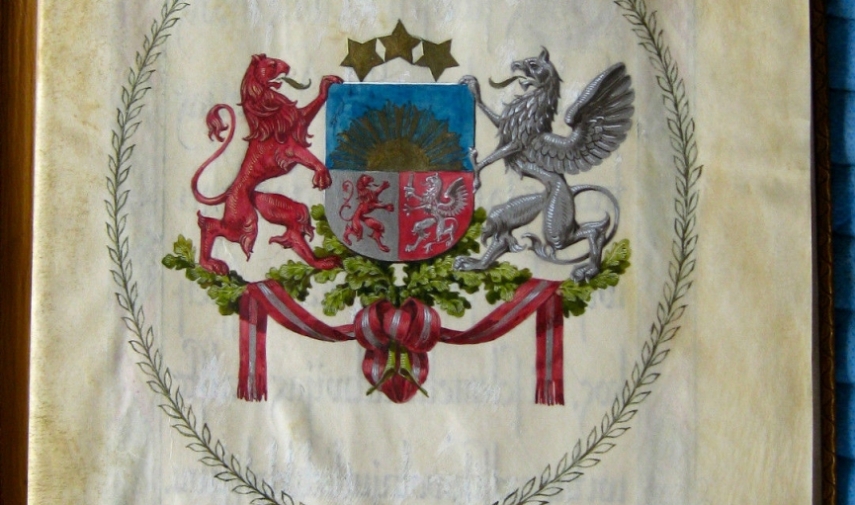 The frontispiece of the document for sale on eBay claimed to contain the signed oaths of office of Latvia's first three presidents [Photo: eBay]

The signed oaths of office of the first three presidents of Latvia have been put up for sale on the online marketplace eBay for $30,000 (24,420 euros), news portal lsm.lv reports.

The news portal's experts say that if the document, allegedly signed by Janis Cakste, Gustavs Zemgals and Alberts Kviesis, turns out to be authentic, its artistic value would be much higher than its historical value.

The case once again proves that Latvia lacks a proper legal framework that could be applied in such cases.

This is not the first time this document has appeared on eBay: one and a half years ago, the same owner tried to sell the document for 100,000 euros.

The cover of the document features Latvia's coat of arms and contains several pages of oaths, signed by the first presidents of the country.

The head of the State Archives of Latvia, Mara Sprudza told Latvian Radio that the archives contain no such oaths. There is also no information on whether such documents existed at the time they were supposedly signed.