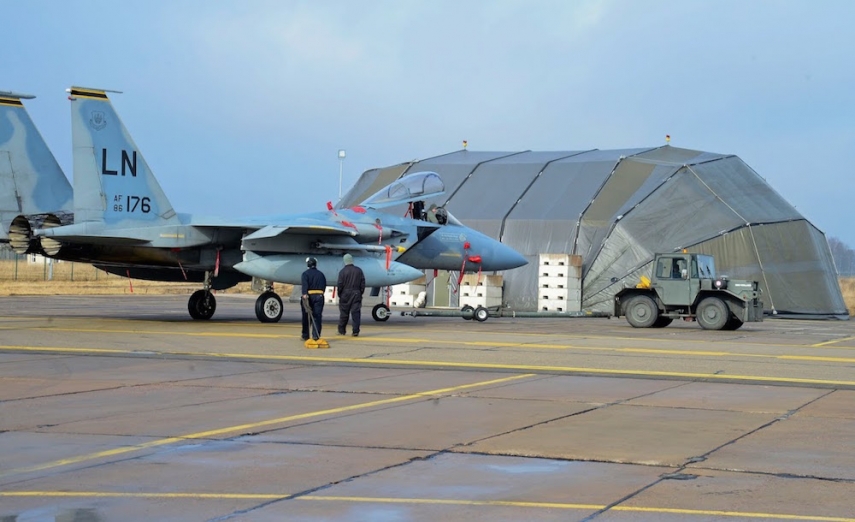 Fighter-jets from the Hungarian Air Force serving in the NATO Baltic air-policing mission were scrambled from the NATO air-base in Siauliai on September 15, 2015, to identify and accompany two Russian warplanes.

A Sukhoi Su-27 fighter-jet and Antonov An-12 transport airplane were flying in international airspace above the Baltic Sea, the Lithuanian Defence Ministry confirmed to BNS on September 16.

Both had pre-filed flight plans and maintained contact with air-traffic controllers.

The An-12 had its automatic transponder on, while the Su-27 had its off.

The NATO air-policing mission to guard Baltic airspace is conducted from aviation bases in Siauliai, northern Lithuania, and Amari, Estonia.

Four Eurofighter Typhoons are stationed at the Estonian base.