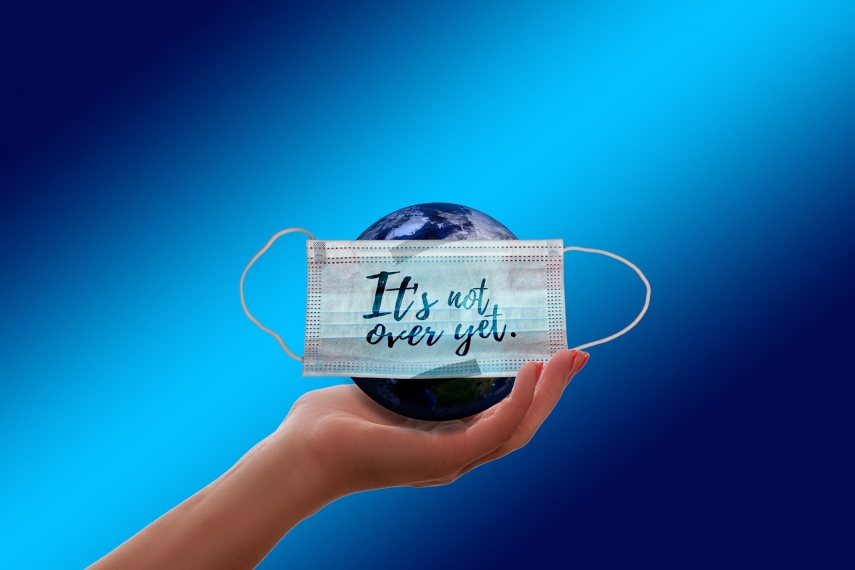 VILNIUS – Several thousand people have gathered outside the Lithuanian Seimas on Tuesday morning to voice their protest against the government's planned restrictions for people with no immunity against the coronavirus and those not willing to get tested.

"We need to protect the state, the Constitution, to defend our rights, a free choice, for our rights not to be restricted, irrespective of whether a person wants to get vaccinated or not. Finally, vaccination means taking part in an experiment," farmer Ricardas Lekavicius, 49, told BNS.

Working in the beauty industry, Diana Verikiene said that people should "have a free right to" get vaccinated.

"I came here because I disagree that the government cares about the people. I have in mind vaccination and the segregation of people into those with national certificates and those without them. It's wrong," the 51-year-old woman said.

On Wednesday, the Lithuanian government is scheduled to consider a draft resolution on allowing people without national certificates to shop in small shops only as of the middle of September, and they would also be banned from events, public catering establishments, hospitals, and other services.

Improvised gallows have been installed outside the Martynas Mazvydas National Library of Lithuania near the parliament building with an inscription above saying "For Lithuania's Traitors". A stage has been built nearby for protest speeches.

Teacher Astra Genovaite Astrauskaite, one of the organizers, told the crowd that the planned coronavirus pandemic-related restrictions would segregate citizens, adding that "the statehood is in great danger".

She also compared such restrictions to Nazi Germany.

"State blackmail is used. And not only psychological (force), but they also plan to use physical and military force," she said.

Controversial MP Dainius Kepenis later took the stage to read out a statement by the opposition Lithuanian Farmers and Greens Union.

"We call for renouncing the strategy of intimidating people and, instead of using rhetoric dividing the public into two Lithuanias – vaccinated and non-vaccinated, we call for an adequate public vaccination promotion campaign based on science and positive motivation," the politician said.