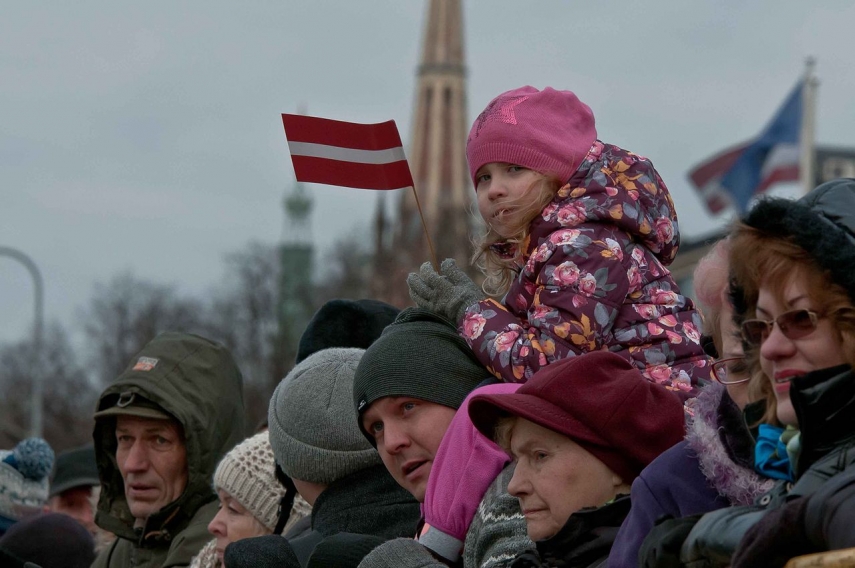 An hour before the procession began, a concert took place by the statue of Latvia’s pre-war president Karlis Ulmanis which drew a large crowd of people. Towards the end of the concert, burning torches were distributed for free to people at the event.

Marching in front of the procession were representatives of the National Alliance whose co-chairman Raivis Dzintars was carrying the national flag. The event was watched by numerous bystanders.

The procession was expected to move through the cold city and towards the Freedom Monument.

Last year, around 17,000 people took part in the November 18 torchlight procession, according to the organizers’ estimates.

Today, Latvia is marking the 99th anniversary of its statehood. The Republic of Latvia was proclaimed on November 18, 2018.