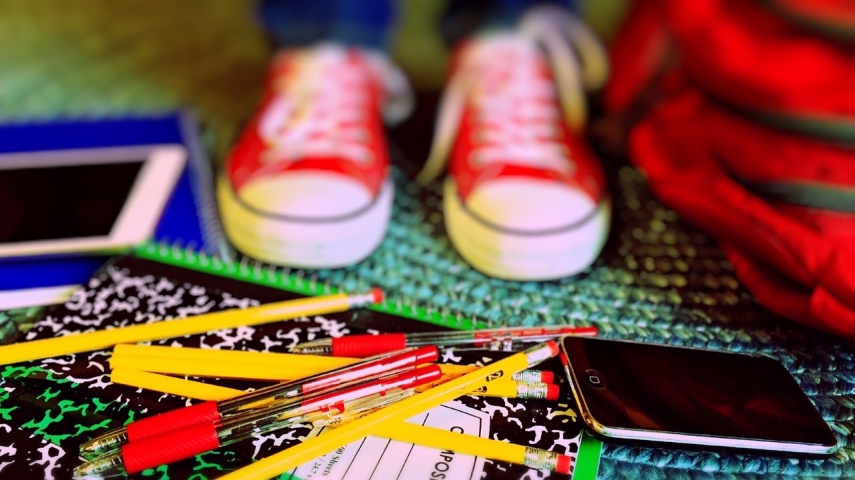 RIGA - At least 500 people on Saturday participated in the yet another demonstration in Riga organized by Latvia's Russian Union to protest gradual transition to Latvian as the sole language of instruction at schools but few of the protesters were youngsters.

Before the meeting the leaders of Latvia's Russian Union, Tatjana Zdanoka and Miroslavs Mitrofanovs, were handing out to the protesters sheets of paper, apparently children's drawings, with the slogan Our Children - Our Rights.

The demonstrators held the Russian and Latvian national flags as well as flags with the logo of Latvia's Russian Union and posters saying Russians Will Not Give Up, Stop The Language Genocide, No To Assimilation, etc. One poster said: Yes To Learning Latvian, No To Learning in Latvian.

The opening remarks delivered by Zdanoka and Miroslavs Mitrofanovs were followed by speeches of several supporters of Latvia's Russian Union.

Afterwards the demonstrators formed a procession and, accompanied by a band of drummers, set off for the Cabinet of Ministers, stopping on the way at the Town Hall and demanding that the Riga City Council should "wake up and start protecting our children".

By the time the procession arrived at the Cabinet of Ministers, the number of protesters had grown to some 1,000 people.

Mitrofanovs again addressed the crowd, saying that Latvia's Russian Union had to take power in Latvia in order to stop the education reform and to ensure development of the country. He said that more protests will be organized in the future - few smaller ones during summer to be followed by major protests in fall but by that time they need to gather more supporters.

He also urged the crowd to chant "Hands Off Of Our Schools!" in Russian, Latvian and English.

As reported, on March 22 the Latvian parliament passed in the final reading amendments to the Education Law and the Law on General Education under which schools of ethnic minorities will have to start gradual transition to Latvian-only secondary education in the 2019/2020 academic year. It is planned that, starting from 2021/2022 school year, all general education subjects in high school (grades 10-12) will be taught only in the Latvian language, while children of ethnic minorities will continue learning their native language, literature and subjects related to culture and history in the respective minority language.

Latvia's Russian Union which will be running in the Latvian general elections this fall has already organized several protest demonstrations against the planned switch to Latvian-only education.