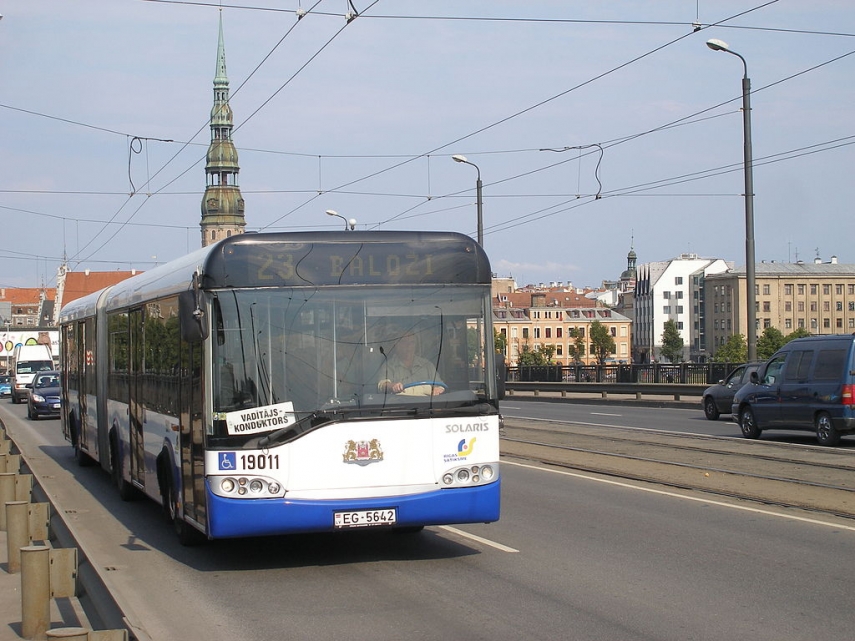 RIGA – The searches conducted by the State Police in the offices of Rigas Satiksme municipal public transport company are linked to a criminal procedure on a large scale fraud, Peteris Bauska, the chief of the Economic Crimes Department, told the press today.

So far none of the officials or employees has been detained, there are no suspects in the criminal case or any other status assigned to anybody.

Bauska did not elaborate on the case, but said that the searches have no relation to the upcoming general elections. "The police actions are regulated by the law and all activities have been coordinated with the prosecutor," said Bauska.

As reported, Rigas Satiksme public transport company's offices at 35 Vestienas Street in Riga were being searched by the police on Monday morning.

The company’s representative Baiba Bartasevica-Feldmane told LETA in the afternoon that she does not know whether the police has confiscated any properties.

Riga Mayor Nils Usakovs (Harmony) said on Twitter shortly after 3 p.m., "The police searches occur four days before the elections. Journalists were informed faster than the Riga City Council leaders. I believe no comment is needed. I only wish that the State Police officers maintain political neutrality." A few minutes later Usakovs deleted his post, and later renewed again.