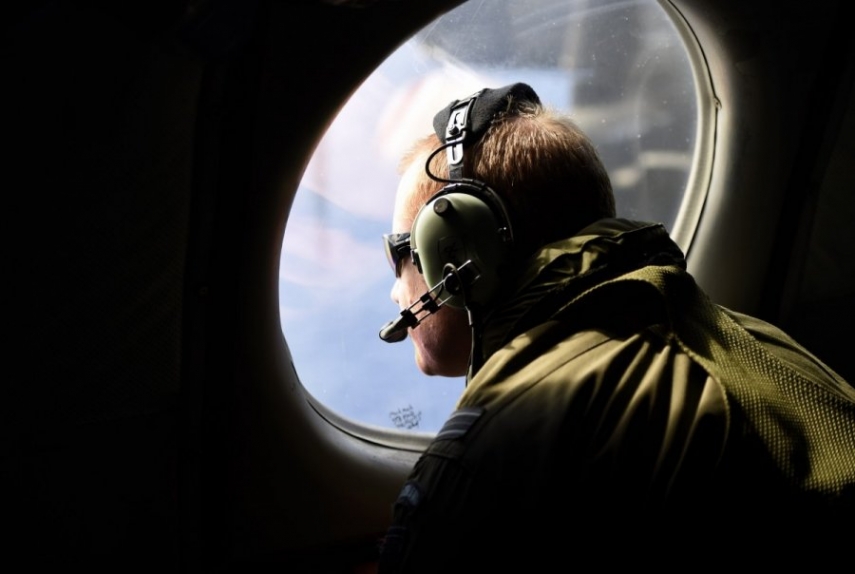 Lithuanian forces search for the missing aircraft in the Baltic Sea [Image: Reuters/Scanpix]

Lithuania’s National Defence Minister, Juozas Olekas, has said the search operation for the Antonov An-2 aircraft that went missing 116 kilometres from the Lithuanian coastal town of Klaipėda on Saturday May 16 may be terminated today (May 21).

On May 20, the aircraft was discovered 124 meters under the Baltic sea by the Lithuanian naval ship, Kursis. The pilots of the aircraft are still missing.

Following another search on May 20, Olekas told Lithuanian radio station, Ziniu Radijas, a decision would be taken whether to terminate the search after the defence ministry has examined the most recent footage.

“Currently we are waiting for the footage from the Kursis,” said Olekas. “Once it is received, we will analyse it and make further decisions.”

May 21 will also see Olekas and Transport and Communications Minister, Rimantas Sinkevičius, questioned by the MPs from the conservative Homeland Union-Lithuanian Christian Democrats party.

The ministers will be asked to explain whether all possible measures were taken in order to find the then-missing aircraft in a timely manner.

Olekas and Sinkevičius will also be required to outline why all state resources were not used when the signal about the disaster was received, plus when and what help was needed from neighbouring countries.

Speaking to Zinijus Radijas, Olekas noted  search operations have a certain time limit, but the decision on this operation would be made by professionals and not politicians.