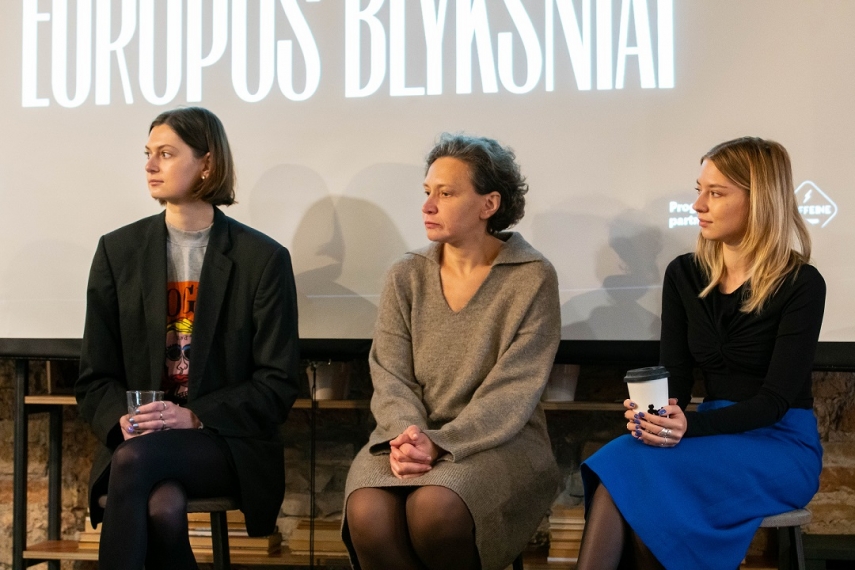 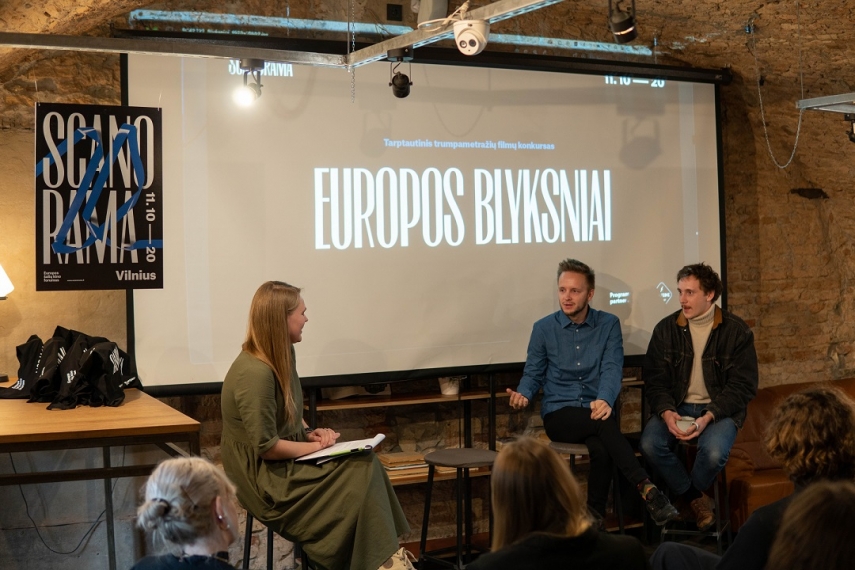 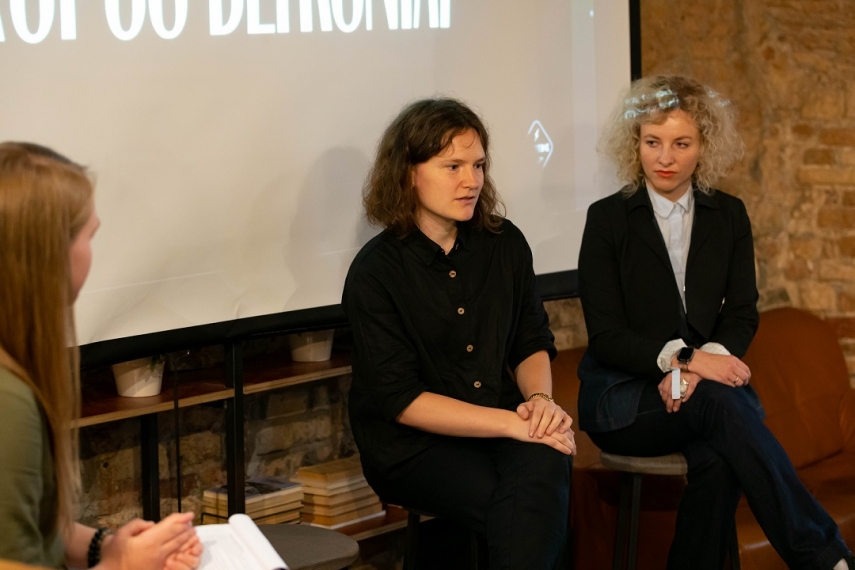 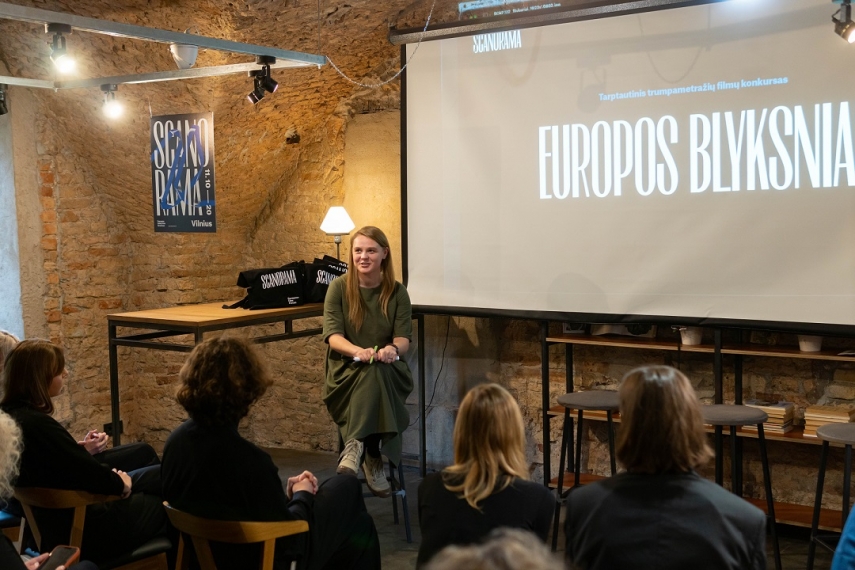 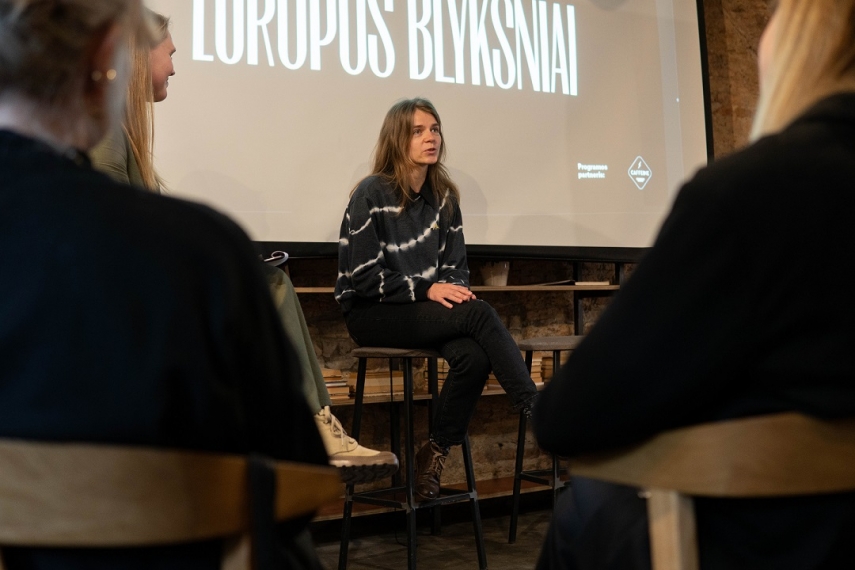 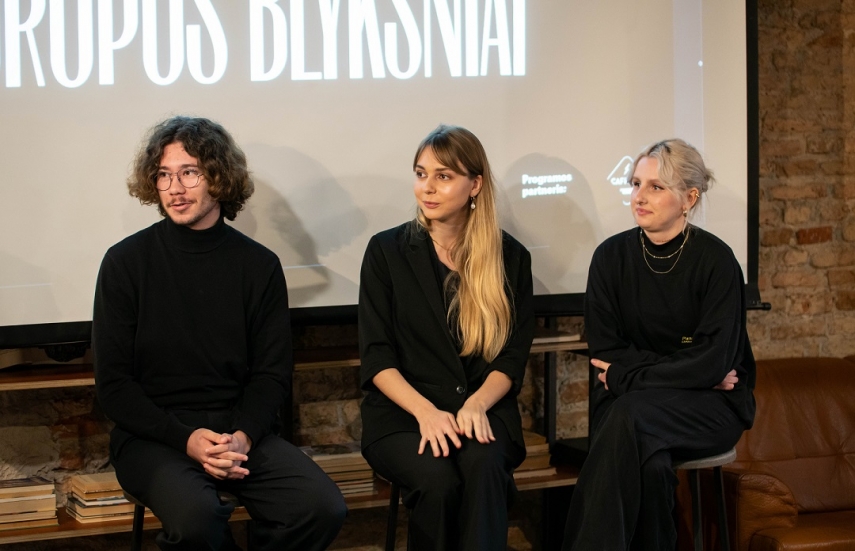 This year, the organisers received twice as many entries as in previous years, from which 16 short films from 10 European countries were selected. The selection will be screened in three separate programmes at this year's Scanorama on 17-19 November. The films will be reviewed by an international jury, which will choose and announce the best overall film and the best Lithuanian film. The authors of the selected films will compete for cash prizes totalling €8,000. The winners will be announced on 19 November.

Born in 2008 as the Baltic short film competition New Baltic Cinema and having expanded to the whole Baltic Sea region in 2019, this year's event has changed its name to Glimpses of Europe and welcomes Scanorama's 20th anniversary with an ambitious goal of becoming a major player in the European short film scene. This year, the competition welcomed entries by young filmmakers from all around Europe.

“The competition has maintained its key objectives to reflect the trends of young cinema, seek out new talent and provide it with a platform. By expanding the geography of the competition, we sought to offer European filmmakers a strong space for artistic exploration and dialogue, helping them lay down the first contours of their own universes,” says Gražina Arlickaitė, Scanorama’s founder and artistic director.

This year's Glimpses of Europe jury will be headed by Cédric Succivalli, Italian film critic and programmer, in charge of the Giornate degli Autore parallel programme at the prestigious Venice Film Festival. He will be assisted by Otto Suuronen, short film distribution coordinator at the Finnish Film Foundation, and Christof Wehmeier, Head of International Relations at the Icelandic Film Centre.

“Short film is an alternative territory for the creative and thought processes, which frees up artistic exploration and experimentation. We wish to provide the new voices in European film with this new space of opportunities that encourages one to open up towards newer and greater professional challenges,” says Cédric Succivalli.

Films selected for this year’s Glimpses of Europe:

15. Before Pandemic and War, There were bed bugs and love, dir. Nuruzzaman Khan, Lithuania

The jury will award:

a cash prize of €5,000 by the LATGA Association for the best film in the overall programme

a cash prize of €3,000 by the Lithuanian Film Centre for the best film by a Lithuanian director

This year's edition of the European Film Forum Scanorama will be held on 10-20 November in Vilnius, Kaunas, Klaipėda, and Šiauliai.