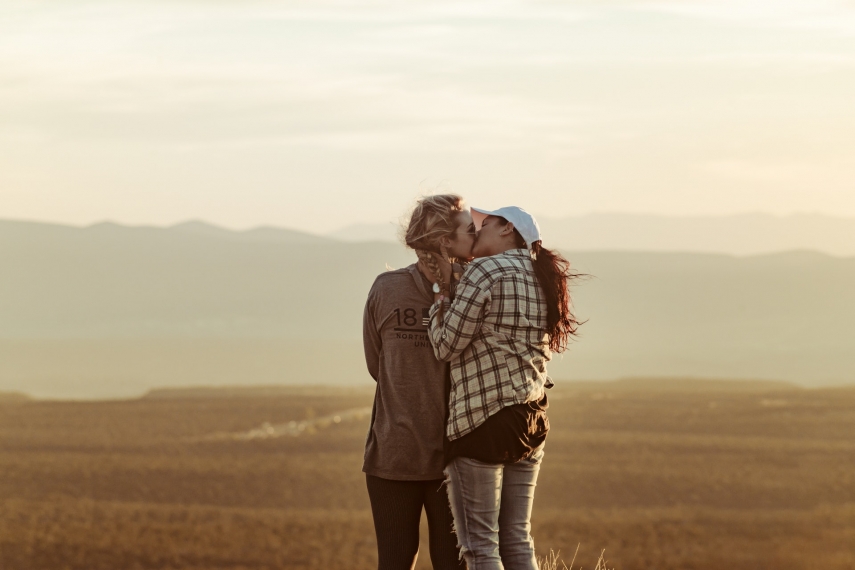 TALLINN - The Tallinn circuit court revoked a decision of the administrative court, according to which the Police and Border Guard Board was obligated to grant a residence permit to a woman of U.S. citizenship who married an Estonian woman, the same-sex couple are planning to appeal the decision to the Supreme Court.

Sarah and Kristiina Raud, who are subject to the circuit court's decision, according to which the marriage they entered into in the United States is invalid in Estonia, have decided to turn to the Supreme Court, the Estonian Human Rights Center said.

"If we did not appeal the decision, it would unfortunately mean moving apart once again. After consulting with the lawyer, we believe that we have enough ground to turn to the Supreme Court with our concern," Kristiina Raud said.

Head of the Human Rights Center Kari Kasper said that there are number of debatable nuances in the circuit court's decision, which would require the opinion of the Supreme Court. "We believe that the question, whether Kristiina lived in Estonia or the United States at the time of entering into the marriage, is only one debatable circumstance," he said.

Kasper said that a significantly more questionable issue is the standpoint of the circuit court that as the women have not entered into a cohabitation agreement in Estonia, there is no valid form of cohabitation between them.

The Tallinn circuit court revoked a decision of the Tallinn administrative court, according to which the Police and Border Guard Board was obligated to grant a temporary residence permit to a woman of U.S. citizenship who married an Estonian woman, spokespeople of the court said.

The circuit court assumed the position that when the women married in the United States in October 2015, the residence of the Estonian woman was Estonia and not the United States, where the woman was staying temporarily in the framework of a visa freedom program at the time. As it is not possible to enter into a marriage contract between people of the same sex in Estonia, the marriage cannot be considered valid in Estonia.

The women who got married in the U.S. filed a notice of appeal to the administrative court when the U.S. citizen filed a temporary residence permit to live with her spouse who was living in Estonia permanently. The Police and Border Guard Board refused to give her a residence permit, basing the decision among other things on the fact that the women are not recognized as spouses in the   Estonian  legal system. The board said that as long as the legal definition of marriage is not changed in the Estonian Family Law Act or the Aliens Act is not amended, it will not be possible to grant a residence permit for taking up residence with a same sex person.

The administrative court in January satisfied the appeal, obligating the Police and Border Guard Board to make a new decision concerning the residence permit application. The administrative court assumed the position that when getting married, the women's residence was the United States, as the appellants claimed in the administrative proceedings that they take turns living in each other's country of citizenship and the family was created at a time when the spouse of   Estonian  citizenship was staying in the U.S.

The circuit court did not agree with that conclusion. Based on the General Part of the Civil Code Act, which stipulates the place of residence, the court assumed the position that an important indicator when determining a place of residence is the will of the person to take up residence in the place in question.

"Only three months in the U.S. did not make the country her place of residence. She went to the U.S. with the knowledge that according to visa regulations she can only be there for 90 days. She did not take any steps in the U.S. towards making her stay in the country in any way legal for a longer period of time, including not applying for an immigrant visa, as appellants decided to take up residence together in Estonia," the circuit court said.

The circuit court agreed with the Police and Border Guard Board in that the provisions of the Constitution and European Convention on Human Rights and the practice of the European Court of Human Rights does not foresee the right of same-sex persons to marry. The state must ensure the possibility for same-sex persons to live together if they wish as well as register their partnership, but this does not have to be through marriage. Thus the Registered Partnership Act is in force in Estonia, which enables two natural persons regardless of sex to enter into a cohabitation agreement.

"The circumstance that the state until the present date has not been able to approve the implementing provisions of the Registered Partnership Act does not mean that the institution of marriage should be defined more widely," the court said.

When making the decision, the circuit court based it also on the fact that the appellants have not entered into a cohabitation agreement and this is why there is no valid registered form of cohabitation between them. "The restriction that cohabitation has to be officially registered is justified. As the appellants' marriage is not valid in Estonia and cohabitation has not been registered in any other way, it is not relevant in the framework of the administrative matter in question to start checking if the Aliens Act is constitutional in the part that it does not stipulate the right of registered partner to apply for a residence permit. This question becomes relevant if the appellants enter into a cohabitation agreement and the Police and Border Guard Board then refuses to grant the spouse of U.S. citizenship a temporary residence permit."

A cassation concerning the decision of the circuit court can be submitted to the Supreme Court in 30 days.