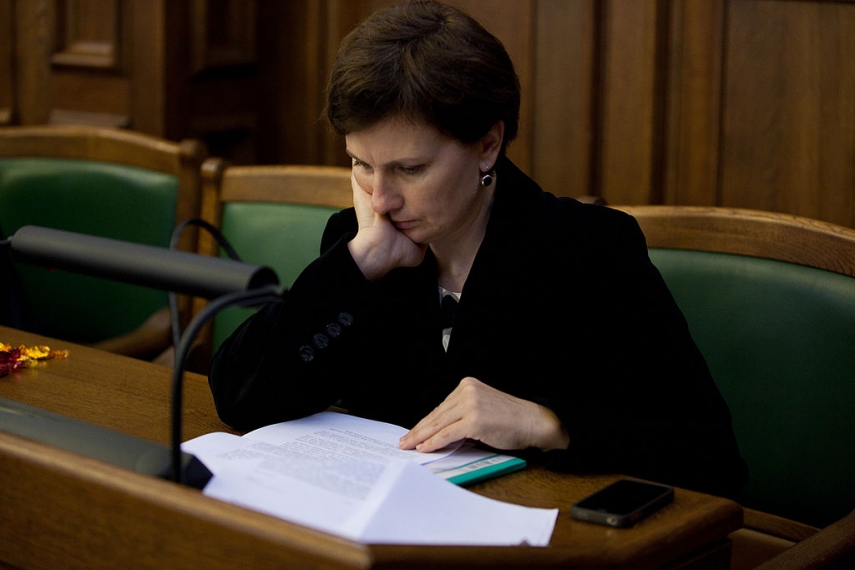 RIGA - Amendments to the healthcare financing law proposed by Health Minister Ilze Vinkele (For Development/For) will be drafted and passed by Saeima until July 1 so they could come into force on January 1, 2020, the minister said after today's meeting of the coalition's Development Committee.

The amendments stipulate switching to a single basket of healthcare services, said Vinkele. To that end, state social contributions will be increased by one percentage point for several groups of taxpayers, including microenterprises and self-employed persons. According to the Health Ministry's estimates, the higher social contributions will increase healthcare budget by approximately EUR 6 million.

Residents who do not make social contributions will have to make a compulsory health insurance payment of EUR 43 annually, so that they could also receive full range of healthcare services that are paid for by the state. At the moment, the annual payment is EUR 250.

Physicians will not have to control which patients make or do not make social contributions, stressed Vinkele. "These are relations between private individuals and the State Revenue Service. If a person chooses not to make the annual compulsory payment, the Revenue Service will take measures just as it does in relation to all other tax evaders," said the minister.