S. Ossetia calls on EU observers to monitor situation near border with Georgia 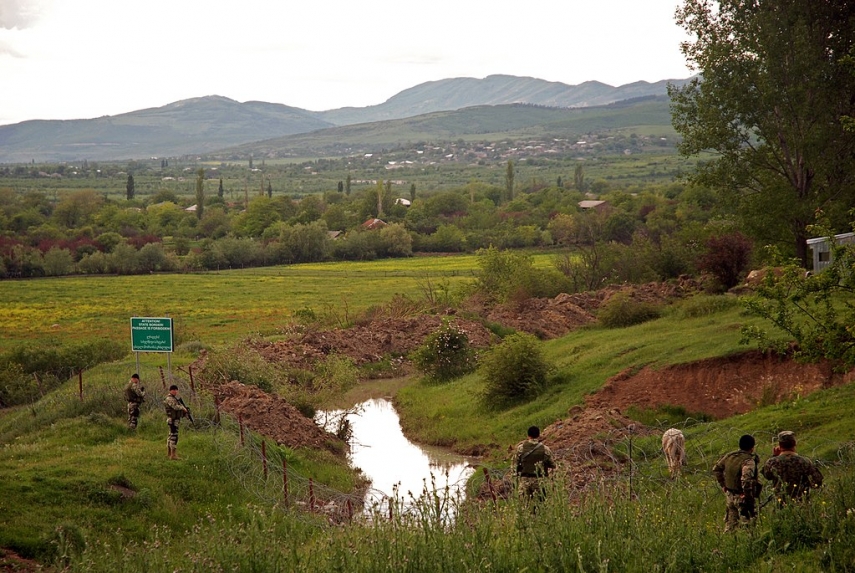 TSKHINVAL - At a meeting within the Incident Prevention and Response Mechanism (IPRM), the South Ossetian side reported yet another attack on its territory conducted by Georgia, Murat Dzhioyev, the South Ossetian presidential envoy for post-conflict settlement, told reporters following the meeting in the populated locality of Ergneti.

"We drew the attention of participants in the meeting to yet another shooting of a border sign in South Ossetia from Georgia in the Khetagurovo-Nikozi area. Such facts are inadmissible, because they may exacerbate the situation," Dzhioyev said.

The South Ossetian side called on representatives of the European Union Monitoring Mission to pay more attention to the situation near the border, including to appearances of armed people there, he said.

"We once again raised the issue of the need to determine the state border between South Ossetia and Georgia. At the same time, we were pleased to note that there have been fewer border violations recently - only two instances took place, both perpetrated by Georgian citizens," the envoy said.

Reviewing the IPRM's work this year, Dzhioyev said that it has done a lot, including through the hotline that it operates.

"We agreed to work with the same intensity next year," he said.

He deemed the stable situation on the border to be the greatest achievement of the IPRM.