Russian suspect in 1991 massacre will remain in detention in Lithuania 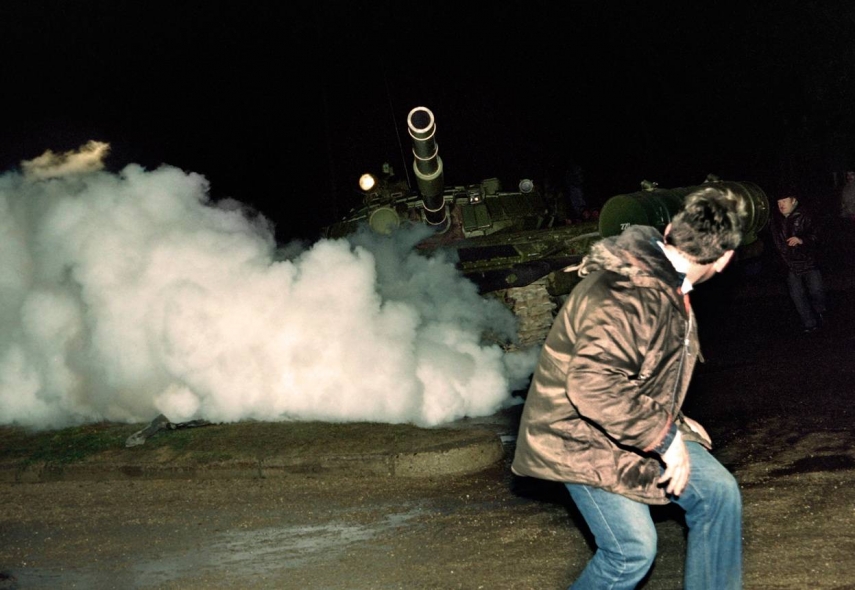 A Lithuanian court upheld the extension of detention of the Russian national Yuri Mel (b. 1968) who is suspected of involvement in the events of January 13, 1991, it was reported today.

The court dismissed an appeal by Mel. He will remain in detention until March 2015.

On March 12 he was arrested on the border between Lithuania and the Russian exclave of Kaliningrad, and was placed in detention two days later.

Since the events, Lithuania's Prosecutor General's Office has declared 79 citizens of Russia, Belarus and Ukraine to be suspects.

On the night of January 13, 1991 the Soviet army used force to capture the Television Tower and the Radio and Television building in Vilnius, intending to topple the government of Lithuania, which had been elected according to the appropriate juridical procedures and had announced the restoration of an independent state.

The Soviet army did not dare to attack the Supreme Council-Reconstituent Seimas, which was guarded by tens of thousands of Lithuanian citizens. But the situation at the foot of the Television Tower still claimed victims - 14 people were killed and over a thousand freedom fighters were injured, when paratroopers drove military transport over the crowd and firing at unarmed people.