Russian language losing its position around the world 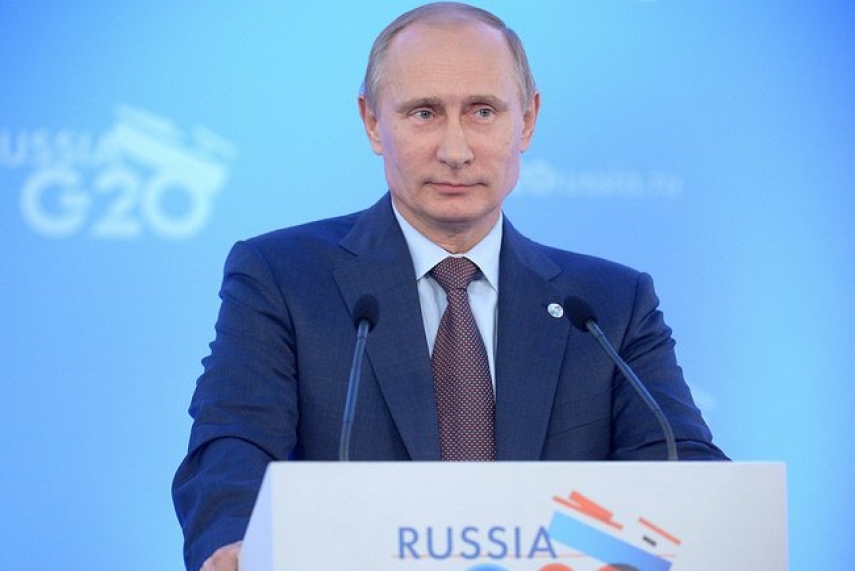 RIGA - Russian has lost more ground than any other language over the past 20 years as newly independent former Soviet states have attempted to assert their linguistic sovereignty, according to a report published on retirementgenius.co.uk.

The use of Russian has retreated fastest in Kazakhstan, where in 2016 just 20.7 percent of people said they typically spoke Russian at home, compared with 33.7 percent in 1994, according to data from national censuses and the UN, collated by Euromonitor International, a research group.

The findings come in the week that Nursultan Nazarbayev, president of Kazakhstan, said the central Asian country would convert the Kazakh alphabet to Latin script, arguing that the transition to a Russian-style Cyrillic script in 1940 was motivated by “political reasons”.

Estonia and Latvia, two of the three former Soviet Baltic states, have each seen drops of about 10 percentage points in the proportion of their population citing Russian as their first language since 1994, with Russian speakers in Latvia falling from 40.5 percent to 29.8 percent, and those in Estonia from 33.3 percent to 23.4 percent.

Ukraine has seen a similar slide in Russian speakers, from 33.9 percent in 1994 to 24.4 percent last year, while Russian-speaking minorities have also declined in Azerbaijan, Lithuania, Turkmenistan, and Uzbekistan.

In Georgia, which went to war with Russia in 2008, Russian speakers have declined from 6.4 percent of the population to just 1.1 percent. Mikheil Saakashvili, the country’s president between 2008 and 2013, announced a plan for English to replace Russian as its second language in the wake of the conflict.

Chris Weafer, a senior partner at Macro-Advisory, a Moscow-based consultancy specializing in the former Soviet states, said the decline of Russian and the rise of local tongues such as Kazakh, Latvian and Ukrainian was driven by the political forces unleashed by the break-up of the USSR.

“Countries were held captive under Soviet rule and when they broke free they wanted to start shedding the trappings of captivity, including language,” he said. “[This was] partly to distance them from Russian influence, both cultural and especially political, [amid a] fear that keeping the Russian language would make it easier for Moscow to exert influence on their politics [with] the threat of Russian propaganda and news broadcasts influencing the domestic agenda.”

More positively, some countries turned away from Russian as part of a strategy to create political alliances with the West and Asia and attract investment, he added.

Charles Robertson, global chief economist at Renaissance Capital, a Moscow-based investment bank, agreed, saying: “Where Russian was the lingua franca of the Soviet Union since 1991 there has been a desire on the part of the new national leaders to develop their nationalism in order to give their states more stability. The Baltics hated the Russification that had been forced on them.”

Robertson also pointed to the “significant flow” of ethnic Russians, particularly from central Asia, back to Russia in the 1990s and early 2000s as a factor in the decline of Russian in some states.

One country, Belarus, has defiantly moved in the opposite direction, however. Whereas in 1994 just under half of the population cited Russian as their main language, by last year 71 percent did.

Weafer believes that the “push and pull effect” worked the opposite way in Belarus compared with the other post-Soviet states, with the West largely opposing Alexander Lukashenko, president since 1994 who, a year later, oversaw a referendum that put the Russian language on an equal footing with Belarusian.

“Unlike the Baltics, Georgia, and Ukraine, no effort was made by the EU or US to engage with Belarus. Instead, the attitude in the West was one of ‘ the last dictator in Europe’ and they shunned him and the country, hence Minsk had to stay close to Moscow,” Weafer said.

Robertson cited the “extremely close” links between the two countries, such as the easy access Belarusians have had to Russia’s labor market, as well as a lack of the nationalism seen in other post-Soviet states, as factors behind the increasing dominance of the Russian language.

“There wasn’t the same nationalism in Belarus. They had never even had a year of independence [before the break-up of the USSR]. They are called white Russians, they weren’t really seen as something else,” Robertson said.