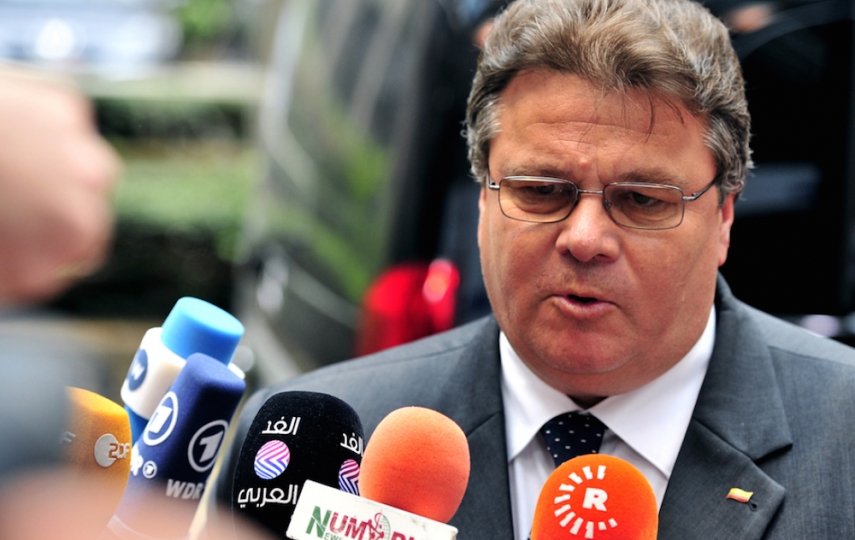 Three Russian journalists have been expelled from Lithuania for creating disruptions at a gathering of Russian intellectuals and opposition figures in Vilnius.

The three persons worked for the ‘Rossiya’ television channel, and attempted to gatecrash the event and “terrorise” participants.

Rossiya journalist Pavel Zarubin and his camera crew were expelled from Lithuania at 1 a.m. on March 10, 2016 due to being ”threats to national security."

"What I saw was rudimentary hooliganism and provocative actions," Linkevicius told journalists in Vilnius. “"If their objective was to cover the event, they should have sought their goal in a proper manner.

“However, they probably had other goals and I can guess and assume they wanted to make up stories themselves and cover their stories rather than what was actually happening.”

Despite the disruption, Linkevicius added that a number of Russian media outlets - namely the First Baltic Channel and Novaya Gazeta - got proper accreditation for the event and constituted no problems.