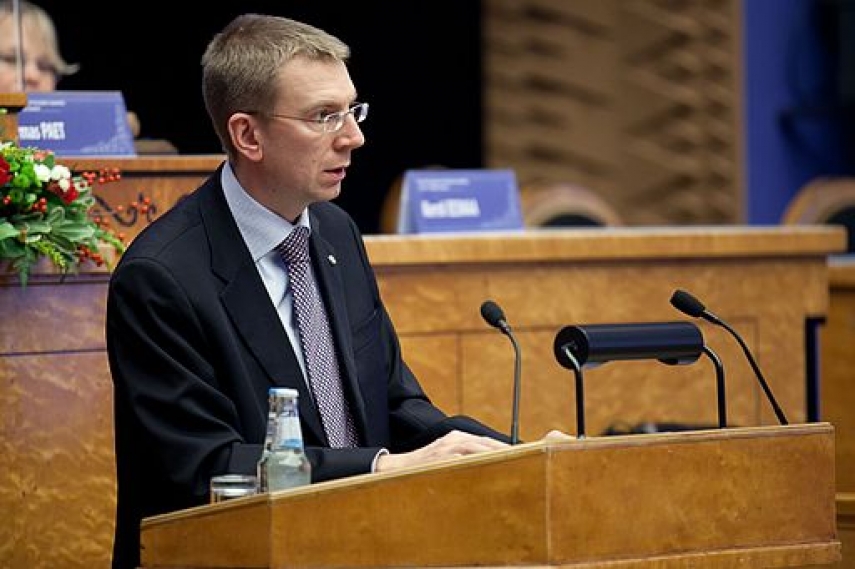 “I just told the minister as I was paying him my first that if on the day that I arrive on my farewell visit before leaving for Moscow we can agree that our relations have improved at least by an inch, I will consider my mission accomplished,” Lukyanov said in an interview with the news program of LNT commercial TV channel.

As reported, Latvian President Raimonds Vejonis is due to accredit Lukyanov on February 7.

Rinkevics (Unity) during his first meeting with Russian Ambassador-designate to Latvia Yevgeny Lukyanov voiced concerns about the situation in eastern Ukraine and called on Russia to meet the Minsk agreement requirements.

As the Foreign Ministry reported, Rinkevics during the meeting said that Russia is Latvia’s neighbor, and, even though there are several important differences in opinions, there is readiness to cooperate in practical areas – especially in transport, culture, border demarcation, fight with illegal migration and organized crime.

In May, the next intergrovernmental commission’s meeting is planned. "We are satisfied with the current Latvian-Russian transborder cooperation," the minister said.

The officials agreed that work on development of cooperation of the Latvian and Russian Foreign Ministries for coming periods should be continued.