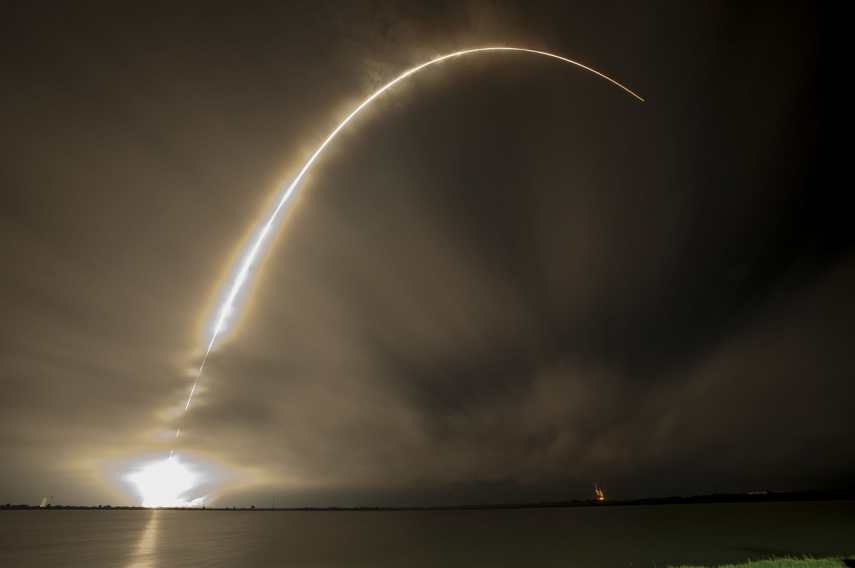 RIGA - The Main Air Traffic Management Center of Russia has informed Latvia that the Russian Navy will be performing missile tests over Latvia’s exclusive economic zone in the Baltic Sea from April 4 to 6, LETA was told at the Latvian Defense Ministry.

The missile tests will take place on the aforementioned dates from 6 a.m. to 6.p.m. The Russian side has asked Latvia to close part of its airspace on the 18-kilometer altitude around 40 kilometers from Latvia’s seacoast for the tests.

Defense Ministry spokesman Kaspars Galkins told LETA that the Russian side has not informed Latvia as to what kind of weapons it is going to use during the exercise. He said that the National Armed Forces (NAF) have not been put on alert over the Russian drills.

The Latvian Defense Ministry has summoned Russian Military Attache to Latvia, Colonel Andrey Lobov, and expressed its discontent with the situation, noting that although international agreements do not prohibit Russia from holding such exercises in this territory, such activities are provocative and can be regarded as a demonstration of force. Moreover, such missile tests can threaten civilian ship traffic in the Baltic Sea.

The Defense Ministry has informed the Russian military attache of the Baltic Sea’s importance for commercial activities. The closure of a particular territory for a period of at least 36 hours would not only harm economic activity but also increase the risk of accidents.

The Latvian National Armed Forces (NAF) will be closely following the Russian military exercise and observing the state border during the drills.

Latvian Prime Minister Maris Kucinskis (Greens/Farmers) said through his spokesman Andrejs Vaivars that all comments on the situation will be given by the Defense Ministry.

Fontanka.ru, an online media in St, Petersburg, Russia, reported that the Swedish aviation service has issued a warning to civil aviation that missiles ships of the Russian Navy’s Baltic Fleet would be firing missiles in Kaliningrad Region from April 4 to 6, and that airspace over the Baltic Sea would be partly closed during that time.

According to the coordinates provided in the warning, the firing zone will stretch 18 kilometers into neutral waters in Sweden’s direction. All altitudes, up to an altitude of 20-kilometers, will be closed for civil aviation.