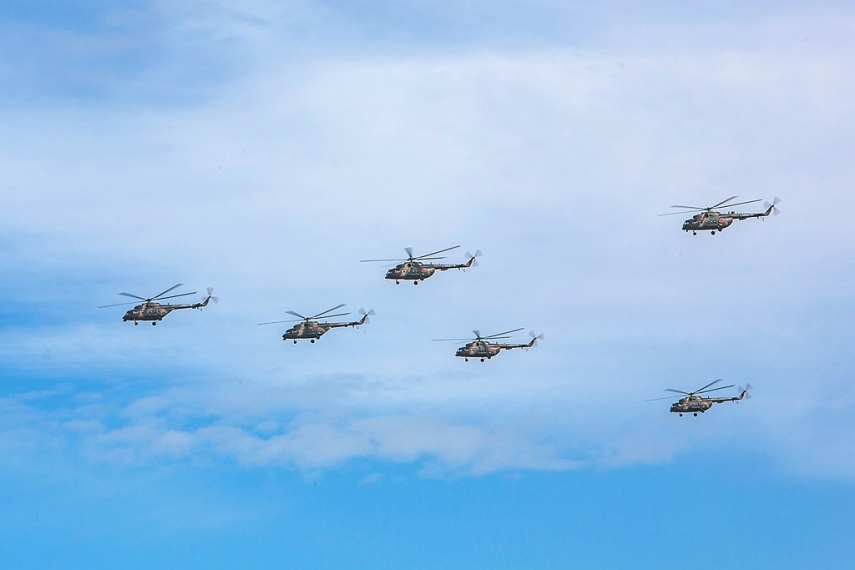 RIGA - During a seminar at the Adazi military base today, the head of the Defense Ministry's Defense Policy Department Gita Leitlande said that Russia's policies are not expected to change anytime soon, and this should be taken into account as a fact. She furthermore added that Russia is also not interested in cooperation on mutually beneficial terms.

Presenting a threat assessment to Latvia, the Defense Ministry official pointed out that Russia's policies show that it is prepared to achieve its objectives in regards to its neighboring countries using all means necessary, including military means in forcing upon others its foreign policy and security interests.

She said that threats to Latvia's security have only increased in recent years. ''Our situation is not great,'' she said.

The official reminded that last year's controversial Zapad military exercise near Baltic borders by Russian and Belarussian troops played out a scenario in which they attacked NATO. At the same time, Russia has been placing more military equipment in its western districts near Baltic borders in recent years. ''There have also been a considerable number of military units detected passing near our borders in recent years as well. This is how Russia is testing us, to find out at what point will we fail to react,'' she pointed out/

Leitlande reminded that according to Russia's military doctrine, the country's main external threat is NATO expansion.

She said that Russia's military tendencies at the moment show that there is a possibility that it might provoke a sudden local or regional conflict with the aim of achieving certain political goals. At the same time, Russia could also attempt to stoke a low intensity conflict. ''Change the situation on the ground in its own interests, and then conduct talks. Similar to what it has done in Georgia,'' she said.

The official also reminded that Russia is investing huge resources in developing its military capabilities.

She also said that the threat from Russia is not just a direct military one. Russia, for example, is actively using the information and cyber spaces to achieve its interests.

Leitlande said that Russia's main tactic is to threaten, manipulate with public opinion, as well as deceive. ''We cannot change Russia, but we can change ourselves,'' she said, adding that Russian threats will continue.