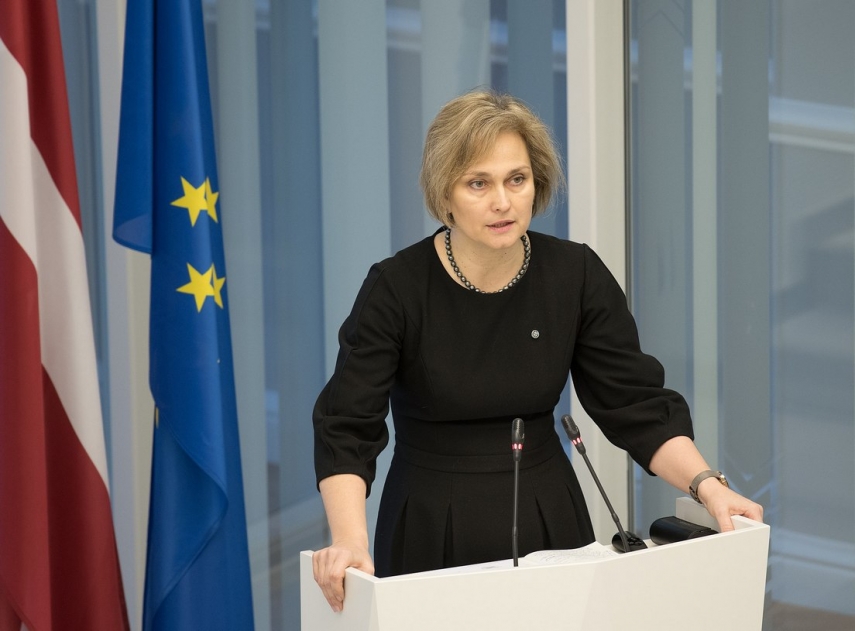 RIGA - Russia's aggression and human rights violations in Ukraine give a democratic and legal society the opportunity to show how seriously, adequately and unitedly it is able to react to such crimes, said Judge of the Court of the European Union (EU) Ineta Ziemele told TV3 this morning.

She supports the idea of creating a special international tribunal to investigate the crimes committed by Russia in Ukraine and bring the perpetrators to justice. Ziemele said that the world, or at least Europe, has not experienced the kind of rights violations that Russia has carried out in Ukraine for a very long time.

Another general reason why a Nuremberg-type tribunal should be created is the fact that there has been a very open stance against the basic values of our cultural space - human dignity, and this requires the creation of an equally strong mechanism that could evaluate all of this, said the judge of the EU Court.

She does not harbor any illusions that the establishment of this type of tribunal will be easy and quick. In this process, a group of countries will undoubtedly need to take the leading role, or be especially organized and active, in order to "pull the others along or push them forward, so to speak".

"This is already an international crime. Therefore, we must (..) use the opportunity when Europe can address other continents and create a common approach to how humanity generally reacts to this type of criminal activity," explained Ziemele, adding that also in this crisis, she sees an opportunity to show "how seriously we take certain principles, certain norms, and if they are violated, there will be an adequate reaction".

As reported, European Union chief Ursula von der Leyen has floated the idea of a "specialized court" to put Russia's top officials on trial over the war in Ukraine.

Von der Leyen suggested a specialized tribunal to prosecute Russian officials over the conflict that has killed thousands and displaced millions from their homes.

"While continuing to support the International Criminal Court, we are proposing to set up a specialized court backed by the United Nations to investigate and prosecute Russia's crime of aggression," she said.

The chief of staff to Ukraine's President Volodymyr Zelensky welcomed the idea, saying: "Russia will pay for crimes and destruction."