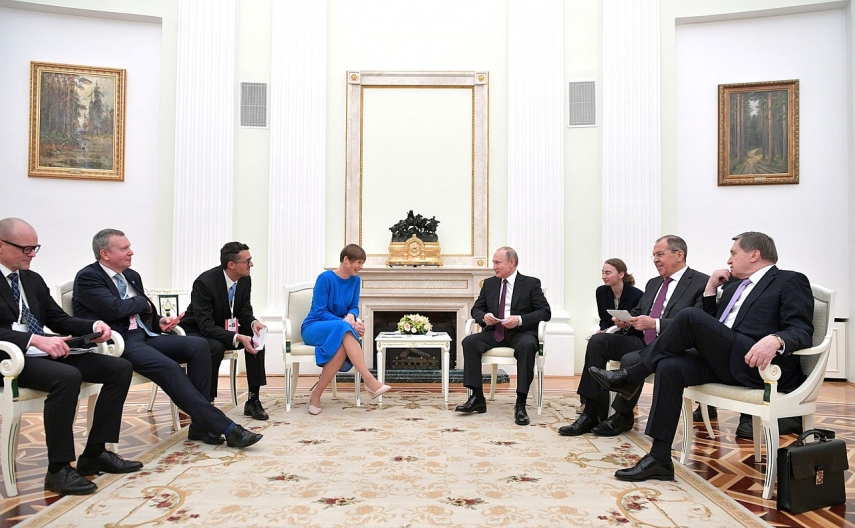 OMSK - Russian President Vladimir Putin said at a meeting with Estonian President Kersti Kaljulaid that the Baltic countries' fears of a threat supposedly emanating from Russia are baseless, according to Kremlin's press secretary Dmitry Peskov.

"You've mentioned NATO, Estonia's and several other Baltic countries' fears over security. We are convinced that they are absolutely groundless. They are being skillfully stoked by NATO's military chiefs and politicians from across the ocean," the Russian president's spokesperson Dmitry Peskov said in an interview with the Vremya (Time) program on the Channel One television channel after the Russian-Estonian summit meeting.

"[Russia] has never posed a threat to any of its neighbors," Peskov said.

The two presidents also discussed the situation of the Russian-speaking minority in the Baltic countries, Peskov said, noting "certain flexibility shown by our Estonian counterparts in terms of postponing the Russian schools' switch to the Estonian language."