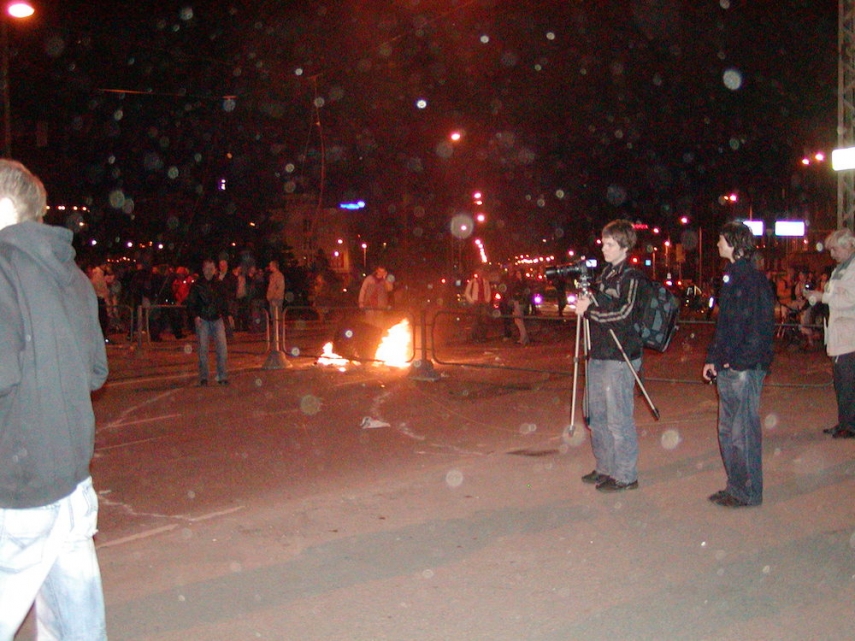 Russian investigators opened a criminal case over a murder of a Russian citizen in Estonia, which happened in April 2007.

The Investigative Committee (IC) of the Leningrad region started prosecution of the non-identified persons who allegedly attacked Dmitry Ganin during a street-brawl in Tallinn more than eight years ago.

“Late April 27, 2007 the mass riots caused by the demolition of the monument to the Soviet soldiers in Tallinn occurred,” the Investigative Committee said in a statement.

According to the IC, during the three-days of fierce rioting which involved the memorial’s defenders and pro-government demonstrators, Russian citizen and activist Dmitry Ganin was fatally stabbed.

In the street scuffle, dozens of people, including 12 policemen, were wounded. Around 1200 were detained by police.

The two-meter monument at Tonismagi Hill, commonly known as the Bronze Soldier, had been a point of controversy between Tallinn city authorities, who saw the statue as a reminder of the Soviet 50-year occupation.

Tallinn authorities planned to re-bury the remains of the soldiers who died fighting Nazi Germany during World War II to a military cemetery, and move the Bronze Soldier to the new grave site outside the city.

The IC said its operatives have been undertaking measures to find and arrest those who murdered the Russian activist.

In particular, the Leningrad region’s IC in the coming week is going to formally request its Estonian counterparts to cooperate in the international investigation. “So far, it is unclear how the Estonian colleagues will react on the request,” the IC said.

Forensic tests will also be carried out.

The Russian Embassy in Tallinn in April 2015 criticized the Estonian government for the sluggish investigation of the murder.

The diplomatic mission accused Estonian law enforcers of deliberate inaction over the case.

“Long-lasting inaction of the Estonian law-enforcement structures is a flagrant disregard to the basic rights of the person killed, as well as those of his relatives,” the embassy said.