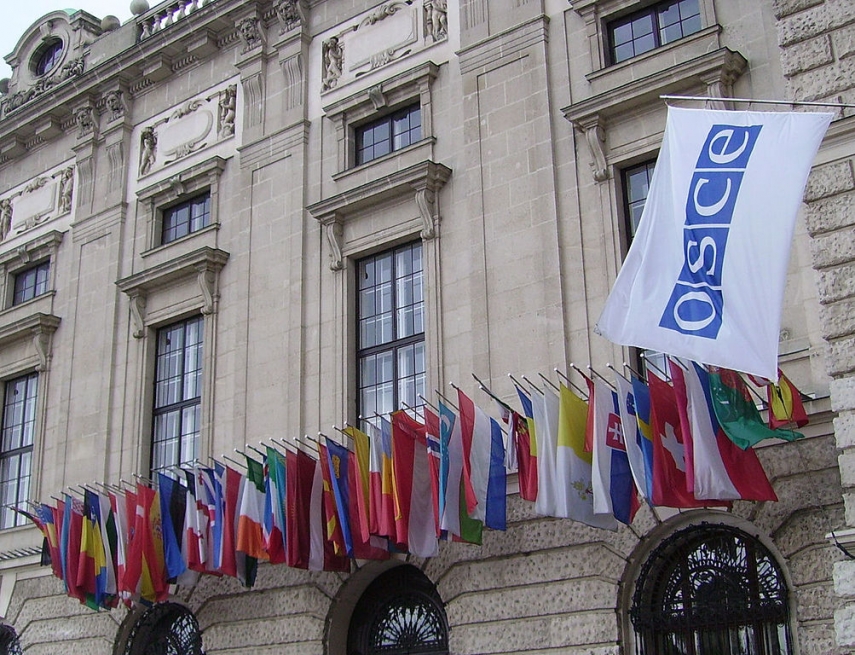 MOSCOW - Russia hopes that Italy’s presidency in the Organization for Security and Cooperation in Europe (OSCE) helps to overcome internal differences, Russia’s OSCE envoy has said.

"We agree that reviving the Helsinki spirit and restoring confidence among the OSCE countries is Europe’s top priority," Alexander Lukashevich told the organization’s Permanent Council on Thursday. "We hope that taking advantage of its inherent grace, insight and finesse, Italian diplomacy will be able to effectively use the OSCE's dialogue capabilities to overcome disagreements, converge positions and develop consensus answers to common challenges."

During his speech, the Russian diplomat said Italy’s presidency "falls on a complex period in history."

"There is neither accord nor trust between the OSCE countries," he continued. "Hopes for building a single and indivisible security system in the Euro-Atlantic area have failed. Contrary to the assurances that we heard following the Cold War, we have observed and continue to observe the eastward expansion of NATO’s military infrastructure."

Lukashevich added that "the foundations of strategic stability, including treaty-based ones, have been systematically eroded over years."

"We have witnessed the aggressive policy of the ‘color revolutions,’ interference in internal affairs of states, and changes of unwanted governments," the Russian envoy said. "The policy of sanctions and restrictions has gained currency, the true purpose of which is to create trade and economic advantages for some while holding back competitors."

"Instead of equitable cooperation, we see double standards and hear statements about the "exceptionalism" of individual nations and countries," he said. "All of that does not help us resolve today’s problems, but instead gives rise to more problems and conflicts, and makes us all weaker in the face of common threats, such as terrorism, illegal migration, drug and human trafficking, and organized crime."