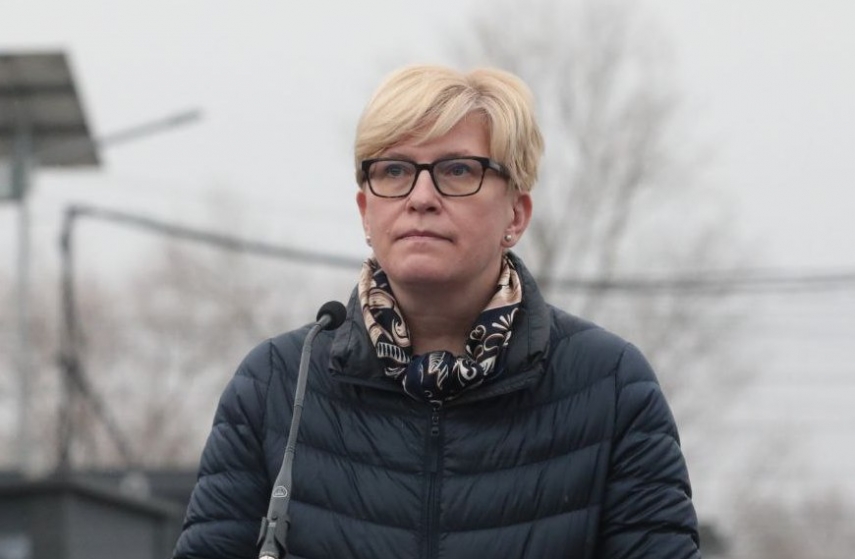 On Monday, she visited Kyiv and Borodyanka, a town on the outskirts of the Ukrainian capital, from which Russian forces had been driven out.

"There's an apartment block in Borodyanka. Usually, apartment blocks that are hit by missiles have two sides standing, and there's a whole in the middle. And this apartment block was blown up in a very strange way: the sides are standing, but the top two floors are hanging down," Simonyte told reporters at the Seimas on Tuesday.

"This is what the triumphal arch of the Russkiy mir (the Russian world) looks like: rubbles, chars and tortured and abused people", she added. "Emotionally, it's very difficult to see, but I am well aware that what I saw is probably only a small fraction of what the first people who entered the city saw, and certainly a small fraction of what those people who were there went through," the Lithuanian prime minister said.

She said a major part the town has been cleaned up by now, adding that she also saw bodies being pulled out of a basement during her conversation with rescue workers.

Russian forces withdrew from the northern areas of Ukraine more than a week ago to regroup in the east. The media and investigators have documented horrific incidents of civilian killings and destruction of buildings in the areas they left behind.

According to Ukrainian data, around 1,200 bodies have been found near Kyiv, including in the towns of Bucha and Irpin near the capital. Some of those killed were handcuffed, and those images that have become symbols of the Russian forces' brutality in Ukraine.