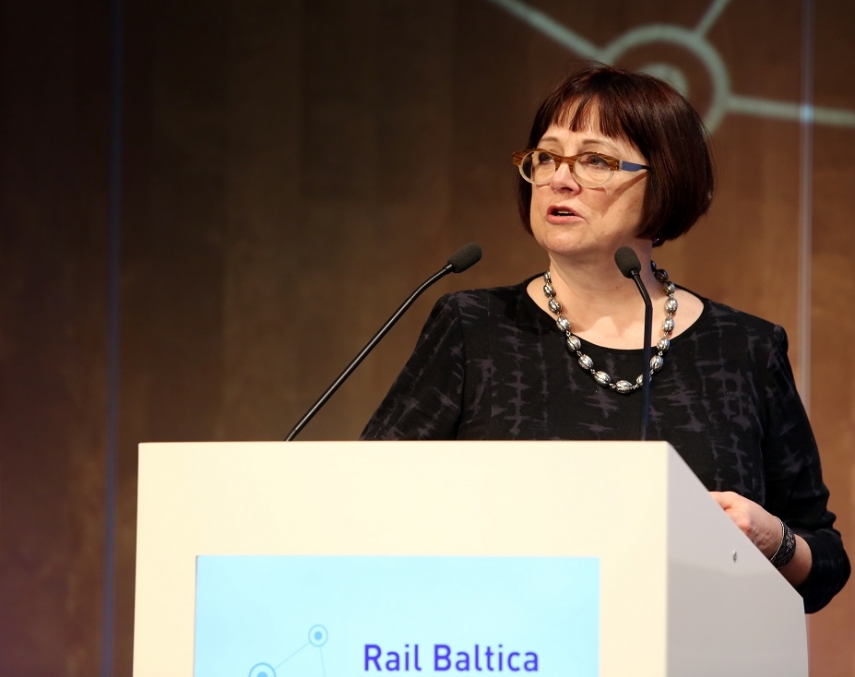 RIGA – Baiba Rubesa has stepped down as the head of RB Rail, the joint venture established by the three Baltic states for the implementation of Rail Baltica railroad project, said Rubesa’s representative Santa Cizevska.

The resignation letter is effective immediately.

Rubesa was appointed to the position in 2015 and her term in the office expires in October.

As reported, RB Rail is already seeking a new chief executive officer, most probably from Poland or Finland, according to unofficial sources.

Riia Sillave, chairperson of the RB Rail supervisory board and CEO at Rail Baltic Estonia, told the BNS earlier that the search for a new CEO has started. She said that the executive search firm Amrop was contracted to carry out the search in the Baltic states, as well as in Finland and Poland.

It has also been reported that the Estonian and Lithuanian shareholders of RB Rail last February expressed no-confidence in Rubesa, saying that they were not satisfied with her performance and wanted change. The Latvian shareholder then sustained. However, the supervisory board did not consider dismissing Rubesa, and Rubesa decided to stay on, saying that she has been facing constant opposition from some members of the company’s supervisory board and beneficial owners.