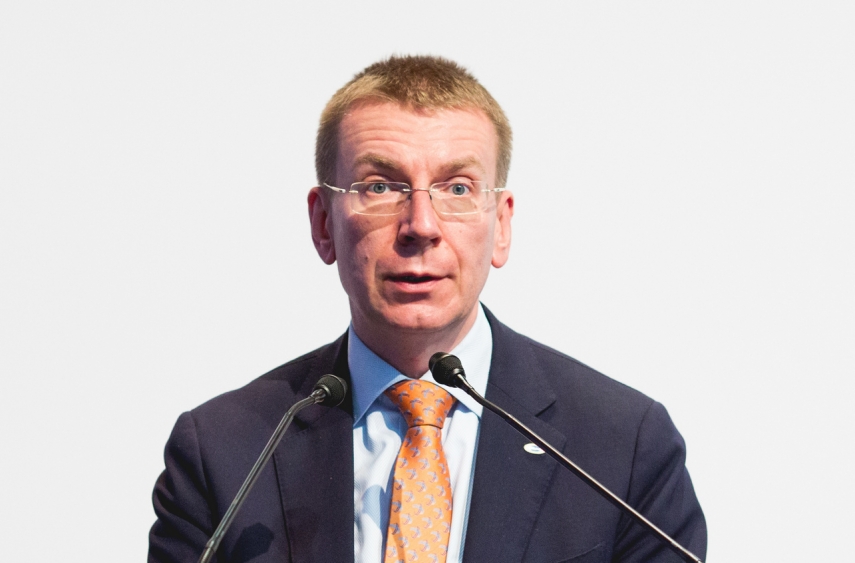 In his remarks to the delegates of the Baltic Council, the Minister thanked them for current cooperation to date and decisive action in addressing issues important for the Baltic states. Public health is our main priority and further close cooperation between the Baltic States is vital to ensure the protection of public health, Rinkevics underlined. The Minister noted that at the outset of the Covid-19 crisis, when many countries introduced travel restrictions, Latvia, Estonia and Lithuania engaged in joint efforts to ensure that it was possible for their nationals to return home.

Foreign Minister Rinkevics expressed satisfaction with the strengthening of the Baltic region’s security and defense and the development of the energy market and transport infrastructure regardless of challenges posed by the pandemic. The regional gas market has begun functioning and the project of synchronization of power networks is being implemented without any delays, Rinkevics underlined.

The Latvian Foreign Minister drew attention to the vital role of Rail Baltica in the post-crisis economic recovery, passenger mobility, supply chain management, as well as the process of digitalization and innovation promotion in line with the European Green Deal.

On January 1, 2021, Lithuania will take over from Estonia the presidency in the Baltic states cooperation. In 2022, the presidency will be assumed by Latvia.